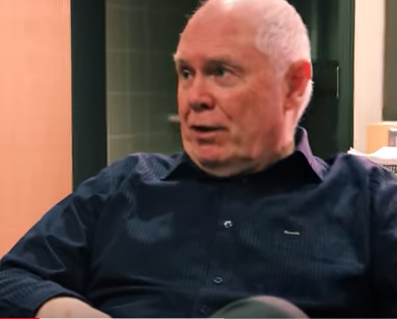 It's over for Michigan Opera Theatre's principal conductor Stephen Lord -- aka Lord Maestro -- who resigned Wednesday amid a flurry of allegations that he sexually harassed singers, pianists and conductors all over the country and used his position and prestige to silence them, Tresa Baldas of the Detroit Free Press reports.

Lord, who wielded great influence over performers' careers, allegedly left a trail of electronic evidence published by the TwinCities Arts Reader in a lengthy investigation that included damning emails, Facebook messages and other electronic messages from Lord. 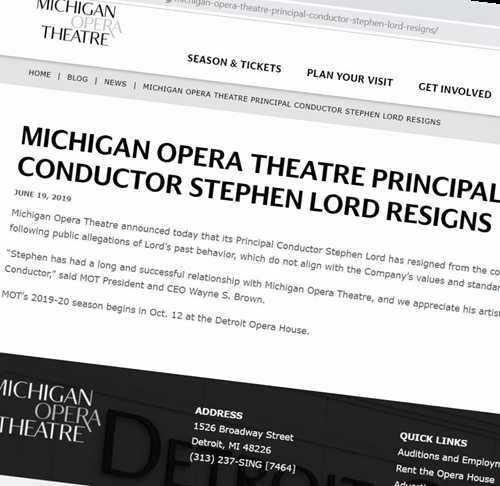 “If you sleep with me, you would have so many jobs,” Lord allegedly stated in one message.

“I could cast you in so many things,” he allegedly stated in another.

In an interview with the Freep, one Toronto performer said he too was subjected to similar advances by Lord in the early years of his career, but was too afraid to say anything — until now.

"When this was happening to me, I was pretty alone and thinking it was something that only I was going through," the now-54-year-old man told the paper in a phone interview, noting he was "infuriated" to learn about the new allegations. "It's been over 25 years that he's been in a position of power and he's still pulling this on artists? . . . Wow, he never did change his game."