Multiple media sources are reporting this morning on a double shooting on the city's southwest side Thursday evening that left a suspect dead and another seriously injured. 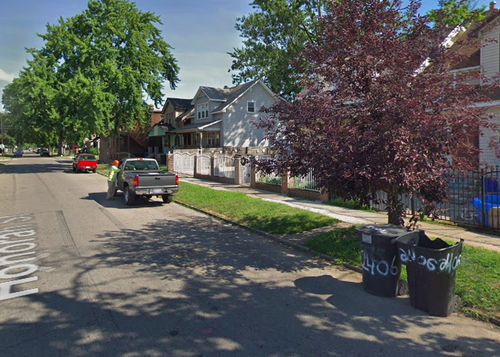 A preliminary investigation found that the teen had arranged to meet up Thursday evening with the suspect at the youth's home in the 2400 block of Honorah for a sale involving the youth's video game, police Capt. Russell Solano said.

When the pair met outside, the suspect, described only as a young man, tried to rob the 15-year-old and ended up opening fire, striking him in the face, Solano said.

The teen's father, who had raced outside as he watched the scene unfold from his window, started fighting the suspect, he said. The father then shot the suspect, said Officer Holly Lance, a spokeswoman for the Detroit Police Department.

The suspect died at the scene. The teen was treated at a hospital and released, Fox2 Detroit says.