The Detroit Pistons, who finished the season with a mediocre 41-41 record, took two foreign-born players in the first round of the NBA draft Thursday night -- Sekou Doumbouya of Guinea and Deividis Sirvydis of Lithuania. 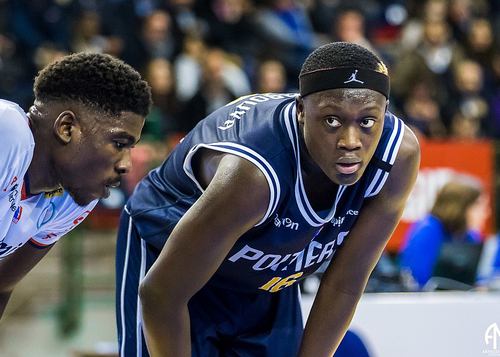 The 6-foot-9 Doumbouya was described as "a kid with a big upside" by the team's special advisor, according to The Detroit News:

Doumbouya, who is just 18 years old, is expected to help build the depth at small forward, joining Snell and Svi Mykhailiuk in a revamped positional grouping, after the Pistons dealt the expiring contracts of Reggie Bullock and Stanley Johnson at the trade deadline in February.

There wasn’t much intel on Doumbouya in the weeks leading up to the draft but the Pistons sent a contingent including head coach Dwane Casey and director of player personnel Greg Polinsky, to Doumbouya’s pro day in Frisco, Texas.

...Instead, they settled on Doumbouya, who won’t turn 19 until December. The Pistons like his athleticism and versatility — and Stefanski specifically mentioned how quickly he moves his feet — but it may take some time to let him develop.