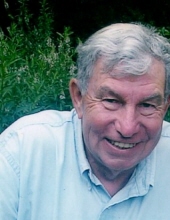 Bill Halls was one of those veteran sports reporters who was seldom rattled -- a pro's pro. A genuinely nice, unpretentious guy, a storyteller blessed with a good sense of humor.

As a colleague at The Detroit News, I occasionally made prank calls to him while sitting nearby in the office. At some point I'd look over and say: "Bill, it's me." He'd laugh and hang up.

He covered the Pistons for a long time, and I marveled at his knowledge of the game, and took advantage of that by asking about certain NBA players. He took his beat seriously and was respected.

In fact, on his 80th birthday, after he had left The News, league Commissioner David Stern sent his family a framed citation extolling Halls’ coverage of the NBA, and the fact that he was a leader with a handful of writers who founded the Professional Basketball Writers Association, according to his close friend and former News sports reporter Mike O'Hara.

“Our league and team PR people aren’t sure if you should be thanked or blamed for that!” Stern joked.

Once a year, I'd go to a Pistons game at The Palace  and sit courtside with him and other reporters. One year, when Shaquille O'Neal was playing for the Orlando Magic, he asked me to go into the Orlando locker room and ask Shaq what he thought about Pistons' star Grant Hill getting more votes than him for the All-Star game.

When I went up to Shaq, he said he didn't do interviews before the game. So I went to interview teammate Anfernee "Penny" Hardaway. As I was walking out of the locker room, I noticed a trainer was taping up Shaq's ankles and Shaq had red toenail polish. When I inqured, a reporter from the Orlando paper said he had cracked a toenail and wanted to strengthen them all. Another reporter piped in: "You know, they do have clear toe nail polish."

I went running back to Halls, all excited. He was putting together a column with little tidbits about the Pistons,  and I urged him to put in the gossipy item about Shaq's toes. Halls just shrugged it off, and said "Nah." He was a purist. No cheap shots.

O'Hara, who is now a reporter for Lions.com, wrote in an obituary Friday at Wessels & Wilk Funeral Home:

He was a sportswriter with a limitless curiosity to pursue stories big and small and get the facts, a storyteller with a wit well oiled from frequent use and a family man with a large and warm heart that welcomed newcomers to his large circle of loyal friends.

His calling was journalism, and he rose through the ranks.

Halls was best known for his tenure at The Detroit News from 1968 until his retirement in 1998. His primary beats were the Detroit Pistons, the University of Michigan and Michigan State football and basketball, and major championship tennis.

Halls covered numerous other beats, including the Detroit Lions and Tigers, and he was assigned to the business department at the time of his retirement from The News.

Halls came to The News from the Detroit Bureau of the Associated Press. Before that, he worked at the Highland Parker, at the time a highly regarded community weekly, and the Royal Oak Tribune.

At the Associated Press Halls scored a major scoop with one of the titans of the business world – Henry Ford II, then chairman of the Ford Motor Co. There was a strike against the auto company, and Halls had gotten Ford’s private telephone number.

Halls called Ford, identified himself, and asked how long Ford expected the strike to last. Rather than answer, Ford asked Halls how he’d gotten his number.

That didn’t matter, Halls replied, asking again how long he expected the strike to last.

“I give it two days,” Ford replied, slamming down the phone.

Former News reporters weighed in on Facebook after news of Halls' passing:

► Bonnie Ford:  My dear friend. My surrogate uncle. I am crushed.

► Kate DeSmet: What an awesome guy he was; fond memories, so many laughs. Loved sitting out on his deck after a golf outing sharing great food, jokes, and Marge's wonderful food . . . Bill was one-of-a-kind, the best kind. Now heaven has to put up with his jokes & golf swing...and if there isn't a basketball net up there he'll make sure to get one installed. . . . RIP Hallsy.

► Paul Harris: Sad to hear. He was a personal and professional role model for me.

► Joseph W. Adams III: Hallsy was a true pro. It was my pleasure to work with him

► Barbara Ingalls: I’m not sure what the funniest memory (off the top of my head) is -- Hallsey doing the Macarena with Carol Teegardin or Bill and Sue W. singing a parody of I Got You Babe called I Got You Tree (after Sonny Bono’s death by skiing into a tree) in the Journal office on Jefferson. Or Marge telling us that when they went to Paris, everyone, including the French, mistook Bill for a parisian. He was my favorite boulevardier.

Susan Whitall: Hallsy was a solid, in the trenches, no-nonsense, no glamor newspaperman. . . . When he was called back after the strike, to work in the Business section, he did it without complaint. (Well maybe a growl or two).

Halls is survived by his wife, Marge, and three children, David, Leslie and Carolyn and four grandchildren. Halls and his wfie were married 60 years.