That's all, folks: Bob Seger bids farewell to a place that will always be 'Pine Knob' to many

And with a crowd-pleasing lineup of the old hits and the new (but mostly the old), Bob Seger played himself off into retirement Friday night at DTE Energy Music Theatre. It was a perfect first-night-of-summer place for a last-night-of-a-performing-career concert, and especially poignant for Seger, whose Michigan roots have always pulled him back to the Oakland County venue -- Friday's was his 33rd show at a place many still call, and will always call, Pine Knob. 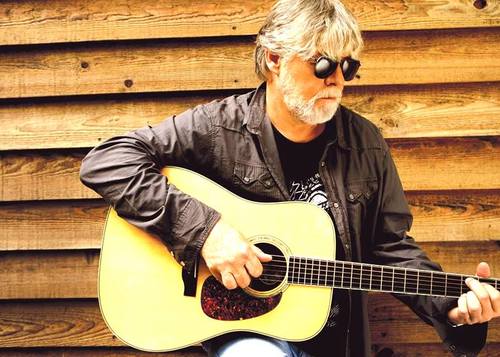 Whitall wins Best Lead (or "lede," as newspaper folk like to spell it):

The ancients practiced rituals to mark the summer solstice — in Michigan, catching Bob Seger and the Silver Bullet Band's last concert at Pine Knob (its old, Druidic name) is what we do.

But the magnitude of the moment — Bob’s last night at Pine Knob! — wasn’t lost on the longtime fans or Seger himself, and it seemed to give everything an extra emotional lift: “Roll Me Away” felt just a bit more soaring, “Come to Poppa” a little more sinewy-soulful, the crowd singalong on “Turn the Page” that much more robust.

U.S. Sen. Debbie Stabenow and astronaut Drew Feustel were among the 15,000 on hand for the show, which featured Seger’s familiar, career-spanning set of hits dressed up with some of his recent add-ons.

But both did a credible job on what was described as an emotional night of two-way adulation. The crowd loves Bob, Bob loves the crowd -- but knows when it's time to get off the road for good and enjoy the rest of life. McCollum:

That fan enthusiasm included a uniquely raucous ovation after “Turn the Page.” The applause went on and on and on, and it seemed directed at something more than the five-minute song concertgoers had just witnessed. It was like a big, roaring thank-you for the whole Seger thing — for the decades of music, the fun times, the deep moments, the intimate connections, the shared escapes.

Neither writer included a set list, but Deadline Detroit devoutly hopes he included a few numbers from the early, pre-superstar catalog -- "Heavy Music," "Lucifer," "East Side Story," come on Bob pleeeease? Too late to ever hear those live onstage now, but that's why you can't just go to the last show if you want to really appreciate an artist.

Happy retirement to the guy.