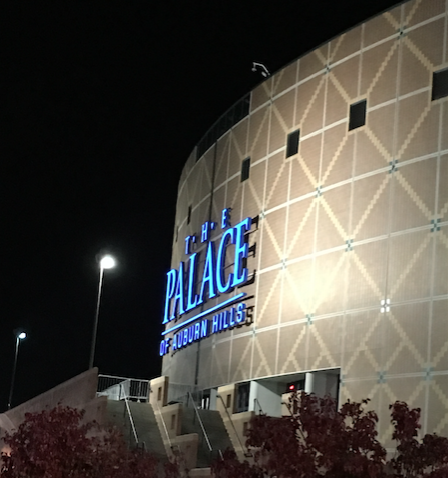 So, that's the end of the Detroit Pistons' former home, which hosted some championship teams over the years and star performers like Bob Seger and Bono.

The Palace of Auburn Hills property has been sold to a joint venture and demolition is slated for the fall, reports Kirk Pinho of Crain's Detroit Business, who goes on to write:

Livonia-based Schostak Bros. & Co. and Detroit Pistons owner Tom Gores would not disclose financial terms of their JV deal that is expected to result in a cleared 110-acre Palace site with about 80 acres of buildable land for more than 1 million square feet of mixed-use tech, office and R&D development.

This marks the first time that people directly tied to the property have publicly said it is to be razed.

"Clearly Tom Gores' goal and our goal is that we find a solution that will be good for the community and make a positive economic impact and not let the property languish," Arn Tellem, vice chairman of the Pistons, said in an interview with Crain's on Monday morning.

"Our goal was to partner with a local, well-respected developer like the Schostaks who had a strong track record in the community and who had delivered on their promises over the years."

The Pistons played their last game at the Palace on April 10, 2017. It was also a popular concert venue, hosting acts including U2, Michael Jackson and Madonna.