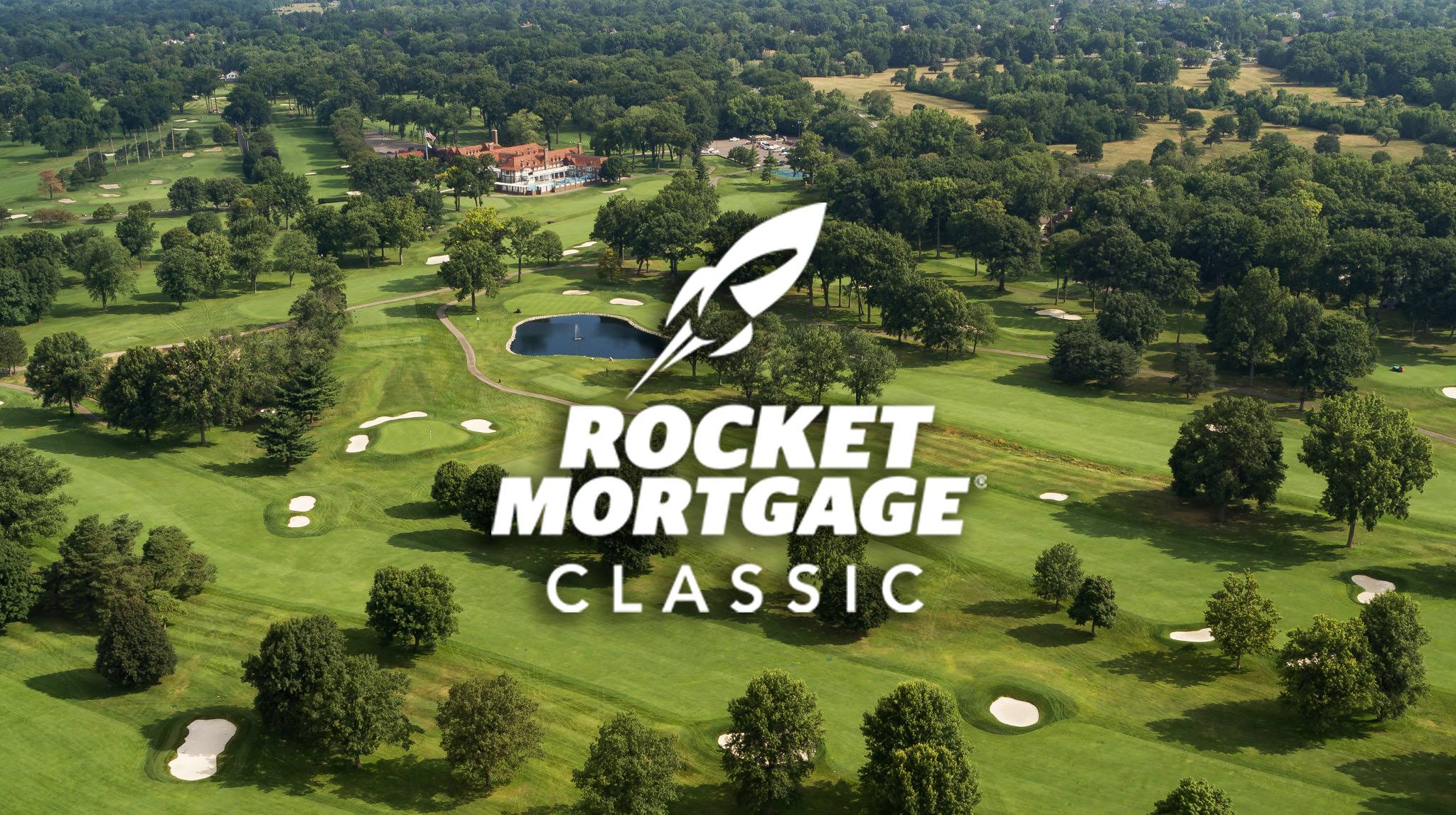 All eyes will be on Detroit as The Rocket Mortgage Classic hosted by the Professional Golf Association kicks off Tuesday at the Detroit Golf Club in the Palmer Park area.

Not everything is on par though.

The seven groundskeepers responsible for the greens at the private golf club have been working without a contract since June of 2018, and their heated contract negotiations seem to have no end in sight.

That could mean bad publicity for the high-profile event. The union intends to "demonstrate" during the five-day tournament, but declined to be specific.

"We’re all part of the revitalization with Mayor [Mike] Duggan and Dan Gilbert. We’re proud of how our city is coming back.” said Kevin Moore, president of Teamsters Local 299. “We’re going to stand up for these people. We’re going to make sure these families are protected.”

"If the terms of the agreement were right, our members would sign a five-year agreement, which would go a long way toward securing labor peace for the course’s future PGA events. Detroit Golf Club president Andy Glassberg seems intent on forcing a ‘Showdown in Motown’ rather than doing what is right for these workers.”

Glassberg, who issued a one-page statement, criticizes the union local for using "this magnificent event that celebrates Detroit and supports local nonprofit organizations to score political points for their bosses in Washington." 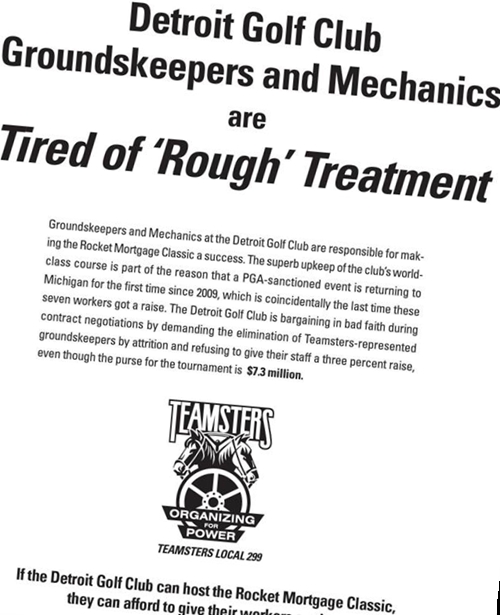 A handout Monday from Teamsters Local 299.

Local 299 represents the workers, who seek a 3-percent raise in hourly wages. Moore says that works out to 45 cents an hour, or an increase of $40,000 over the next four years of their contract.

Negotiations haven't gone well. The union filed an unfair labor practice charge against the course on May 17 for failure to negotiate in good faith. Then last week, Glassberg walked out of negotiations after meeting for two hours, according to the union.

His version differs. "The union cancelled bargaining sessions, delayed the negotiating process and chose this historic event to make its statement," says the president's statement Monday.

The club leader also says it "pays its groundskeepers above-market rates" and provides health-care benefits -- "a rarity in this business." The handout adds:

Our employees have seen their wages and benefits increase over the last 10 years, despite DGC’s past economic challenges.

We offered our employees a new contract with an attractive wage and benefits package, which in total is more than 4% higher per year than their current contract, a 17% increase over the life of the contract.

We believe our offer is more than fair. We are ready to reach a resolution with the union.

On the other side, a Teamsters media release emphasizes the the groundskeepers' important role:

Their tireless work and dedication kept the course in such pristine condition that the Professional Golf Association (PGA) chose the Detroit Golf Club as the host for 2019 Rocket Mortgage Classic. Despite their exceptional performance on the job, the workers have seen their pay and benefits slashed over the last 10 years.

The golf club itself posted on Facebook 10 days ago: "The greens are immaculate. Jake [Mendoza][ and his team have really been doing an amazing job, especially with all of this rain."

This marks the first PGA event in Detroit. The PGA has also agreed to a four-year contract with the club, ensuring the Rocket Mortgage Classic will return to the same club until 2023.

Moore says their retirement benefits were eliminated, and they also saw severe reductions in their healthcare coverage.

“These guys are all team players, they wanted the golf club to succeed and their dedication and work ethic has demonstrated this over the years,” Moore said in a statement. “But the Detroit Golf Club is now enjoying a period of success and can no longer claim poverty. Membership is growing, revenue is up thanks to a $9,000 assessment to their top 700 members that that put $6.3 million in their coffers, and the course is launching a $4.5 million club house renovation project. It’s time to take care of the workers that got them to this point.”

Tickets have sold out for the national event Saturday and Sunday. The Rocket Mortgage Classic is expected to bring substantial business to Downtown’s hospitality and culinary markets, as well as the Detroit Golf Club.