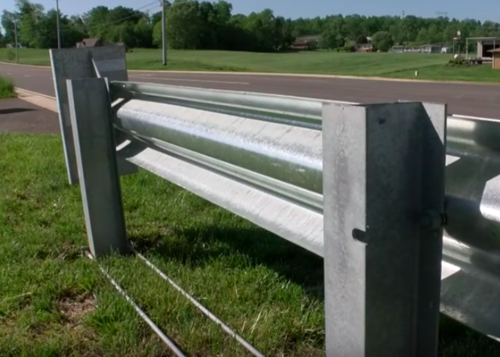 A type of guardrail blamed for deaths and injuries around the country is being used in 77 spots along I-275 in metro Detroit, and it's apparently staying put for now.

WDIV reports that lawsuits allege the so-called X-Lite guardrail is defective and can puncture vehicles instead of absorbing their impact. Multiple people in the southeastern U.S. have reportedly died in recent years after crashing into the ends of the guardrails.

One was a former Detroit teacher, the station says:

William Byrd, 69, was headed to a funeral and driving through Chattanooga, Tennessee, in his SUV when it veered off the road and crashed into an X-Lite guardrail.

"All I see is metal going straight out the back of my dad's vehicle," his son, Malcolm Byrd, said. "They told me my dad was dead on arrival."

MDOT has reportedly stopped installing new X-Lite guardrails, but won't yet remove those around Detroit.

"MDOT is in the process right now of reviewing the performance of our X-Lites," [MDOT development director Brad] Wieferich said. "We understand that other states have had issues. We're being very cautious of this. We are, but we need to complete our review to make sure we know what our next move is."

Tennessee has replaced the guardrails.