Michigan's baseball Wolverines come so, so close, but no championship

It was a Cinderella run for the ages. 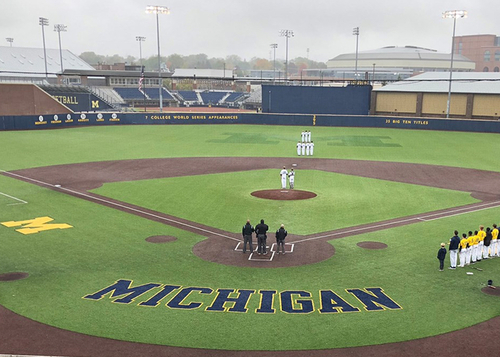 The University of Michigan's baseball team wasn't supposed to get this far in the College World Series, and they got as far as you could go -- to the national championship best-of-three series. After taking the first game, the happy ending was in sight.

Omaha, Neb. — This wasn’t how Michigan envisioned its fairy tale postseason run ending. This was never the last page in the Wolverines’ minds. Ever.

The Wolverines had been in multiple back-against-the-wall moments during the NCAA Tournament. They faced elimination in the Corvallis Regional and again in the Super Regional against UCLA, the top-ranked team in the country. They were unfazed by the prospects of an even series in the best-of-three College World Series national championship.

But Vanderbilt, the second-ranked team in the nation, had something to say about how the final chapter would be written in the deciding game Wednesday night at TD Ameritrade Park. The Commodores, national champions in 2014 and runners-up in 2015, gave coach Tim Corbin another national title with a 8-2 win over the Wolverines.

A heartbreaking end to a great run. The Free Press looked at the bright side:

“This type of success — even though we are not No. 1 — will move the needle and allow us to be a program that is now ignited to where this becomes the standard and guys believe it and know what it takes to navigate through a postseason,” said (head coach Erik) Bakich. “Our guys have experience doing that and that’s a huge luxury to have.”