Partridge Creek to lose its Nordstrom anchor in September; is a Halloween store next?

Partridge Creek, the open-air mall on Hall Road in Macomb County, is losing another major anchor. Nordstrom informed its employees Wednesday that the store would close Sept. 13. 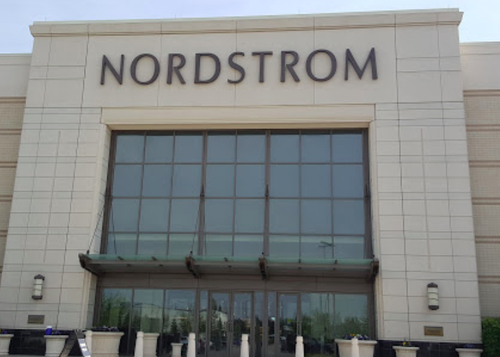 The Nordstrom at Partridge Creek. (Photo: Corinne Duquet, via Google)

Multiple media sources are reporting that the closure represents a blow to the mall, once positioned as a competitor to the upscale Somerset Collection in Oakland County.

"Their survival is at stake," (said Kenneth Dalto, president of Dalto Consulting Inc. in Bingham Farms.) "People are going to wonder, was Partridge Creek not the mall it was cracked up to be? It doesn't look good. It's going to affect the mall's finances."

...The mall experienced a nearly 5% decline year-over-year in revenue to more than $105 million in 2018 when its occupancy was at 92%, according to a report from commercial real estate data firm Trepp LLC.

Despite the empty big-box anchors, the mall's owner, Chicago-based Starwood Retail Partners, said it is optimistic.

Over at the Freep comes this detail:

(Clinton Township Supervisor Bob) Cannon said talks are underway with several high-quality stores that could potentially fill the former Carson's space. However, the old Carson's store could possibly be leased before then on a short-term basis to a Halloween store for about four months.