Downtown boom is slowing, Freep says, but what might be coming next?

It went on longer than anyone thought it would, but there appears to be a shift in the wind in downtown's development boom, the Freep's John Gallagher reports in what's likely to be a Sunday front-pager. 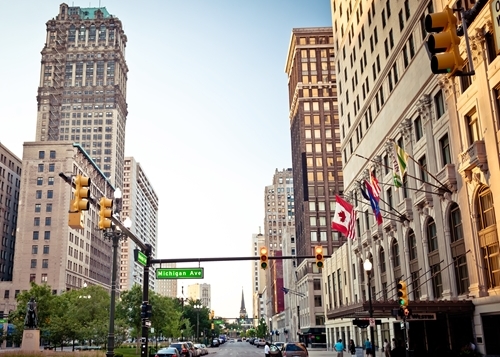 Between rising rents and construction costs, labor shortages and a general feeling that it's the neighborhoods' turn, the downtown boom is flattening, data suggests.Dan Gilbert's oft-mentioned "skycraper sale" is long over.

There’s no one statistic that proves that the downtown boom has flattened out. But some bits of data are suggestive.

Detroit’s office vacancy rate dropped dramatically (a good thing) after businessman Dan Gilbert moved his Quicken Loans headquarters downtown in 2010. He brought 1,500 workers with him then and has built his downtown workforce up to 17,000 today.

As a result of that and other companies leasing space downtown including Google, Microsoft and Amazon, the vacancy rate for downtown office space fell from around 30% in 2011 to about 12% in the first quarter of this year, according to data provided by Southfield-based Newmark Knight Frank, an office brokerage firm.

Long-time downtown tenants, especially nonprofits, are finding themselves driven out by rising rents and parking. But that has the silver lining of putting stable tenants in long-dormant neighborhoods and commercial corridors.

(Mayor Mike) Duggan has attended multiple ribbon-cuttings and other events for new storefront openings along the city’s old commercial corridors like Livernois or East Jefferson. That's  where the city’s Motor City Match and other programs are helping create new restaurants and shops.

A slowing downtown may also be a harbinger of an overall slowdown in the greater economy.