Infrastructure is one of those out-of-sight/out-of-mind things. Particularly water and sewer infrastructure, which we tend to forget until the basement drains back up.

The City of Detroit means to take care of at least some of that, starting with a five-year, $500 million water-and-sewer upgrade in neighborhoods throughout the city. 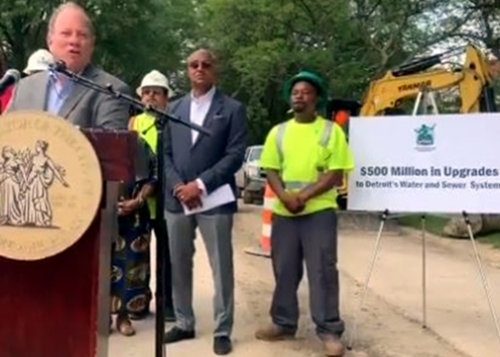 More than 50 miles of water main and sewer collection pipe will be replaced or lined this year. And projects aimed at better managing 37 million gallons of stormwater will be done to prevent flooding. As part of the program, the water and sewerage department will replace existing lead service lines during water main replacement construction.

...Sill, officials said it will take much longer than five years to get to all of the city's water and sewer pipes. That could take up to three decades.

Although $500 million sounds like a lot of money -- and it is -- it's not really much in the grand scheme of things, especially where sewer and water systems are concerned. But it should show some improvement.