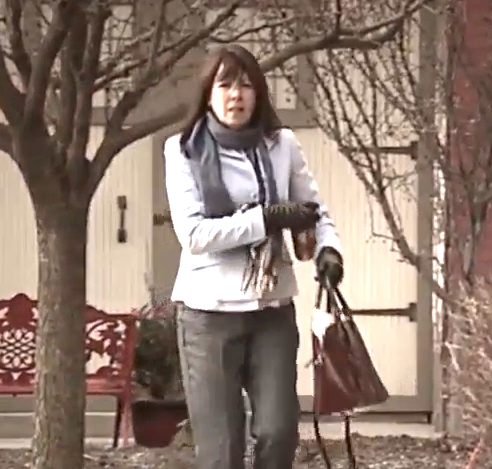 The Michigan Supreme Court tossed suspended Livingston County judge Theresa Brennan off the bench after issuing a strongly worded opinion Friday afternoon. It cited a number of serious concerns, including tampering with evidence in her divorce case and having an affair with a detective who was a witness in a trial before her.

"Effective immediately, we order that respondent, 53rd District Court Judge Theresa M. Brennan, be removed from office. In addition, we impose a six-year conditional suspension without pay effective on the date of this decision."

The court also ruled, that should Brennan be elected or appointed a judge during her suspension, she will be banned from exercising any power and prerogatives during that time.

The opinion cited lies under oath in her divorce case, tampering with evidence in that proceeding; and failing to disclose her relationship with Michigan State Police Detective Sean Furlong during a trial before her.

Phone records showed prior to the murder trial for Jerome Kowalski, the judge and detective Furlong talked on the phone and texted hundreds of times, including 37 times during the trial.

"The cumulative effect of respondent’s misconduct convinces this court that respondent should not remain in judicial office," the justices wrote.

The court also noted that the judge "was persistently impatient, undignified, and discourteous to those appearing before her."

Besides behavior in court, the Supreme Court cited her improper use of staff members to perform personal tasks during work and using staff to work on her 2014 campaign.

She still faces three felony charges, including perjury, in the separate criminal case, according to the Detroit Free Press, which reports:

In December, the Michigan Attorney General's office charged her with perjury, tampering with evidence and common law offenses, alleging Brennan gave false testimony regarding a cell phone that was considered a marital asset during hearings in her own divorce case and that she tampered with evidence in an official proceeding