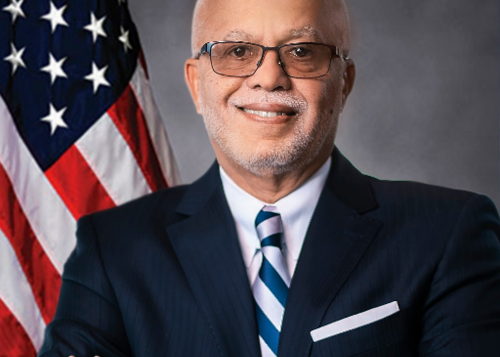 Wayne County Executive Warren Evans says his wife was racially profiled by a worker at the Detroit Golf Club during the Rocket Mortgage Classic, a PGA Tour event ending Sunday.

In a Facebook post, Evans says the worker interrupted his wife, Renata, while she was having a conversation to ask to see her ID. He says the employee was "curt and disrespectful" in a manner "reserved for people of color." Evans says white people were not mistreated or always made to show credentials.

"I have experienced that behavior my entire life, the intent is crystal clear and I have never 'rolled over' for it and I won’t now," Evans wrote. "This is my home and no amount of showcasing the City will make me accept this kind of behavior."

Evans says he spoke to the employee about what happened. But he believes the event hosts didn't address his behavior properly.

"Afterwards there is succession of people who come over to offer apologies and claim to have taken care of the 'situation' (whatever that means)," he wrote. "It’s all BS. They shield the offender, apologize for him to get through the 'situation' and Mr. disrespectful will continue to behave badly because his behavior is reinforced by a lack of any credible action."

Below is his social media post, which generates more than 90 comments, and one from Renata Evans an hour later, which has about 200 comments.