M.L. Elrick's Podcast: Farewell Interview with a Man Who Drank Beer at the Free Press for a Living 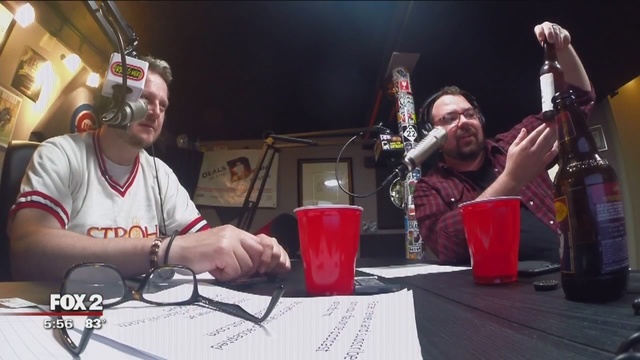 Bob Allen likes beer, so it seemed only natural that he became beer critic for the Detroit Free Press.

Now he's leaving and headed to Colorado. M.L. Elrick, a Freep alumnus (2007-12), talked brews with the journalist on his weekly podcast, "ML's Soul of Detroit."

Allen is asked: What's one of the most unusual things you've seen someone put in beer?

The writer responds: "How about this one. This is Foster's Banana from Offside. recently released. it's a barrel aged imperial ale brewed with lactose aged in bourbon barrels with bananas, brown sugar, vanilla and cinnamon."

Hear the podcast here and see an abbreviated version below.