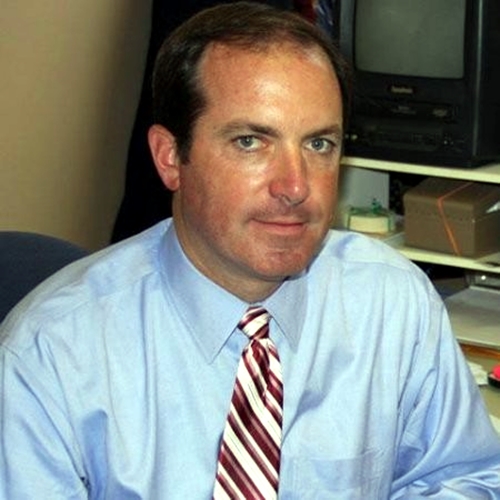 Kevin Dietz: "I apologize to anyone I might have offended." (Photo: LinkedIn)

Update, 12:15 a.m. Tuesday: Award-winning WDIV investigative reporter Kevin Dietz said on Facebook last Monday night that he was fired because of a comment he made about black reporter during an Investigative Reporters and Editors conference in Houston last month.

The decision to leave was the result of an incident that occurred at the investigative reporters’ conference I recently attended in Houston.

One of our company’s theme during the conference was recruiting, in general, and recruiting minorities, specifically.

While attending a social event during the conference, we took a WDIV team photo and I jokingly said to the group “We are probably going to have to crop the black reporter out of the photo.” The intent of my comment was to openly acknowledge, amongst team members, the challenge it’s been for our company, and many companies, to achieve diversity goals. This is a serious subject that I approached through humor. Nevertheless, the station has a zero tolerance policy on racially insensitive comments and they determined, despite the intent and context of my statement, that it violated the policy. I understand and support the need for such policies.

The African American reporter in the photo was not offended, there was no “caught on camera” situation, no social media controversy, and no complaints of any kind about the comment at the time. Still the comment made it back to the water cooler conversation at WDIV the following week and quickly took on a life of its own. The African American reporter went to human resources to defend me. He expressed that we are friends, conveyed to them all the help I have given him throughout his career, and the long list of stories I have done on television fighting against racism in Michigan.

It is important to include the fact that alcohol was provided at this event and, according to management, was a factor in my termination.

I regret the fact that it happened, and apologize to anyone I might have offended. I love Detroit and everyone who calls it "home." Every situation creates opportunity for personal growth, and that is how I view this event in my life.

Dietz, 54,  had been at the station since June 1993. He has won 15 Michigan Emmys, and was known in media circles as a nice person.

Soon enough I will start the first day of the rest of my professional career. I am surprisingly optimistic and excited about this new challenge and opportunity.

I am proud of my long standing efforts to support and showcase diversity in our community. I am even more proud of my 30-year record of broadcast reporting that has helped thousands of people without the voice, power or platform to help themselves.

Dietz noted that alcohol in the past caused a temporary pause in his career.

In 2013, he spent nearly a month in the Oakland County Jail after pleading guilty to operating a vehicle while intoxicated.

According to the 48th District Court, Dietz was sentenced on April 18 to 30 days in jail, with credit for one day served, and ordered to pay $1,725 in fines and court costs. He was also ordered to serve 18 months of probation, which included attending Alcoholics Anonymous meetings and undergoing treatment.

A graduate of of Brother Rice High School and Western Michigan University, he worked at WLNS-TV in Lansing and WOOD-TV in Grand Rapids before coming to WDIV in 1993.

Award-winning WDIV investigative reporter Kevin Dietz, who has been a fixture at the station for more than two decades, abrupty resigned, the station said Monday.

“Kevin Dietz has resigned from WDIV effective immediately," Marla Drutz, vice president and general manager at WDIV, said in a statement. "We’ve had a long relationship with Kevin and we wish him well. Personnel issues such as this are respectfully private and we will have no further comment."

Dietz has been at the station since June 1993. He has won 15 Michigan Emmys.

Dietz did not respond Monday night to a Deadline Detroit call to his cell phone for comment.

Drutz went on to say in her statement:

Kevin asked me to convey the following message: "I am extremely proud of the excellent work our investigative unit has done over the years. While I am leaving the station, I look forward to continuing the friendships that I have created during my time at WDIV."