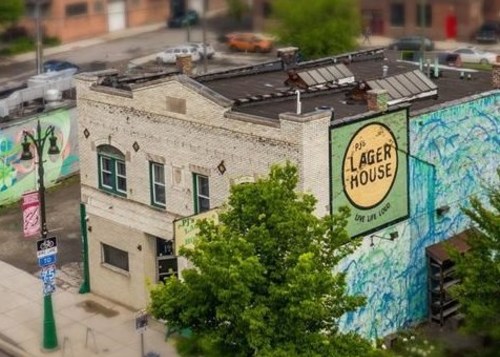 It could be the end of an era for PJ's Lager House, a Corktown fixture. (Photo: Historic Realty Detroit)

PJ's Lager House could soon start a new chapter sans owner PJ Ryder, who's been synonymous with the Corktown establishment for more than a decade.

The business — a bar, restaurant and live music venue — and its building are up for sale for $2.2 million amid heightened investor interest in the area ahead of Ford's arrival at the nearby train station.

A six-day-old real estate listing hypes the Michigan Avenue building and business as a "prime turn-key property" in an area "exploding with hundreds of new apartments and condominiums."

The listing and a large "for sale" sign now on the building's side could mark the beginning of the end of an era. In existence since 1914, the building became the Lager House in 1964 and a go-to music venue in the 1990s, hosting local bands like the White Stripes and Von Bondies.

Ryder bought it in 2007, renaming it PJ's Lager House and bringing back the kitchen with some New Orleanian flair. He was reportedly working in real estate at the time, and had previously run a record store. With the purchase, Ryder was said to be returning to his rock roots — finding something that aligned with his true passion: music.

Twelve years later, with property values in the area soaring, those priorities seem to have changed.

Staffers and patrons said Tuesday they'd be sorry to see the business change hands. The Lager House consistently offers a full calendar of local talent, and caters to a crowd of regulars on off nights.

Ryder could not immediately be reached by Deadline Detroit for comment. He told the Detroit News on Wednesday that he wants to retire and has been "struggling financially" due in part to dwindling interest in live music. 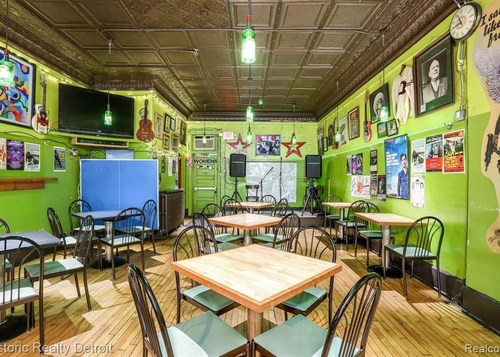 On Twitter, a man who asked to be identified only as a customer called Ryder a “massive bozo” for putting the bar up for sale.

"Wish I could say he seems like the type of guy who’d look for the right (buyer), but nah, all he sees is dollars," said the man. "Expect the place to be bought by developers and turned into lofts by 2021."

"All the fun shit dies eventually," said another Twitter user.

Corktown has seen a flurry of new development and high-dollar real estate sales as owners who bought low cash in on skyrocketing property values. Ford is driving much of the activity: It plans to convert the long-neglected train station into the anchor of a new mobility campus by 2022, bringing 5,000 jobs to the area.

The building has an upstairs unit that currently functions as an Airbnb and a basement that houses a record store.

Events are scheduled at the bar through November, according to its online calendar.