As holiday throngs run, bike and drive onto Detroit's island park for what promises to be a hot, steamy Independence Day, The Detroit News takes a look at how Belle Isle is doing, five years after the state took over its management. 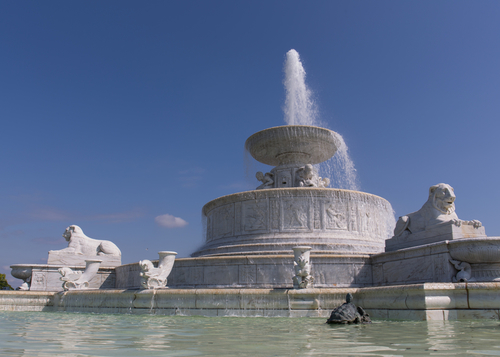 And finds the answers to be mixed.

The state of Michigan added Belle Isle to its state-park system during the city's bankruptcy, a move largely applauded by patrons at the time. The state Department of Natural Resources would be better-positioned to maintain and care for it, residents were told, and a nonprofit Belle Isle Conservancy would raise money separately to improve long-neglected features -- gardens, picnic grounds and buildings.

The News reports that the park is indisputably cleaner and better-patronized. But some longtime Detroiters still feel either nervous or unwelcome, mainly because of the Michigan State Police presence there.

But traffic enforcement has been one of the main tension points in the half-decade under state oversight.

The Detroit News reported in 2015 that state officers conducted 2,003 traffic stops, and of those, 1,814 were issued verbal warnings in 2014. There were 191 traffic citations given out, mostly for speeding. State police also made 25 felony arrests and 225 misdemeanor arrests. Four firearms were seized.

The piece quotes Detroit City Clerk Janice Winfrey, who was one of the higher-profile residents -- another being Mayor Mike Duggan -- who was stopped for speeding, not long after the state takeover. Winfrey says she absolutely was not speeding, and she was given a verbal warning without a ticket. But she found the experience unsettling.

The Rev. Charles Williams II said he will not drive onto the island, citing recent incidents in which MSP officers either assaulted African Americans, or expressed offensive opinions about black issues.