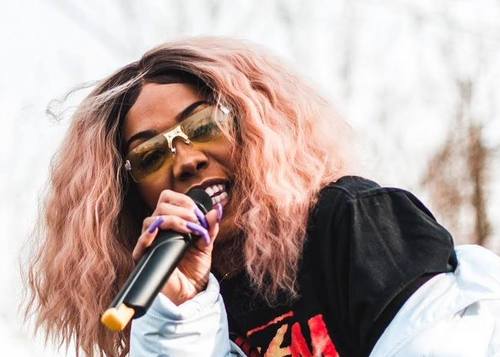 Tiny Jag says she was "enraged" by the plan to charge white attendees more than black attendees because she is biracial. (Photo: Facebook)

A biracial Detroit rapper has withdrawn from a music festival over its plan to charge white attendees twice as much as black attendees.

Tickets for AfroFuture Fest are $20 for white people and $10 for black people, a move organizers say is designed to ensure "the most marginalized communities (people of color) are provided with an equitable chance at enjoying events in their own community" because "affording joy and pleasure is unfortunately still a privilege in our society for POC." The Aug. 3 event is being put on by Allied Media Projects' Afrofuture Youth, a Detroit-based initiative to help middle and high schoolers "build a new, more equitable world."

Rapper Tiny Jag announced announced she would no longer play the festival on Twitter this week.

She explained her reasoning to Metro Times:

"I was immediately enraged just because I am biracial," Graham tells Metro Times. "I have family members that would have, under those circumstances, been subjected to something that I would not ever want them to be in ... especially not because of anything that I have going on."

"It’s non-progressive and it’s not solution-focused in my eyes," she says. "It seems almost like it has spite, and unfortunately with spite comes hate, and that’s just not obviously going to be a good direction for us to go if we’re looking for positive change."