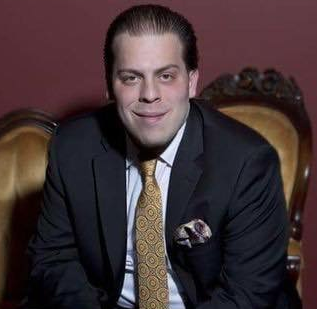 Joseph Samona: "We are prepared to fight." (Photo: Facebook)

Some subdivisions have a lot of rules. But the Samona family in Novi isn't buying into this one.

On Tuesday, the Samonas, who live in the Tollgate Woods subdivision, got a homeowners association letter stating that a Virgin Mary figure and other statuary in their yard violate neighborhood policies, report Emma Keith and Andrea Perez Balderrama of the Detroit Free Press .

It's not something the family takes lightly. Every morning, each member of the Catholic family stops to pray in front of the small statue.

"There is no doubt in my mind that this is an attack on our religion," Joseph Samona, who lives at the home with his parents, tells the Freep."We have already received an outpouring of support from friends and family, and we are prepared to fight this tooth and nail."

The family has dealt with these things before, notes the paper:

In 2005, they tried to make the family remove their lawn nativity scene. They pushed back, bringing in a lawyer and drawing widespread media attention until the association backed off.

In 2009, the homeowners association asked them to remove the Virgin Mary statue. The family never responded and the group never followed up on its request.

Tollgate Homeowners Association representative Debbie Laudermilch did not respond to repeated requests from the Freep for comment.