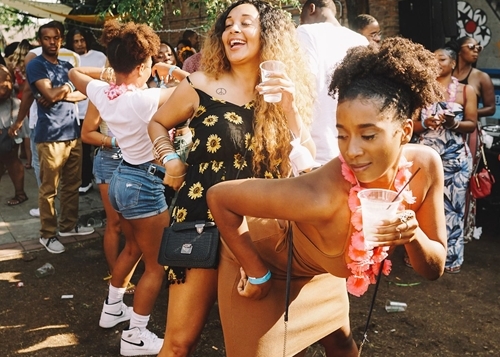 Lauren McGrier, a 27-year-old Detroit event producer who just branched out with a dance party in Louisiana, is crafting a career that surprises her and puzzles her grandmother.

"I didn’t think I would be here," the organizer of popular Twerk x Tequila gatherings tells Aaron Foley of The Neighborhoods, a city-run site with listings and article-style posts. The 2014 marketing graduate of Michigan State adds: 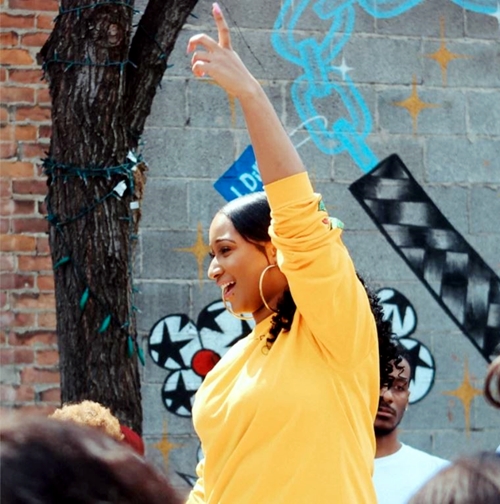 Lauren McGrier joins the party. "It's been challenging," she says. (Photos: twerkxtequila.com)

McGrier describes trying to "explain to [my grandmother] recently what I'm doing. She didn't understand how I was making my own money, how I'm not relying on a big corporation to give me insurance. She don't get none of that."

What she's doing is arranging, promoting and hosting Twerk x Tequila events -- "You bring the twerk, we bring the tequila" -- at El Club in Southwest Detroit, 3Fifty Terrace downtown and last Saturday at a Tulane Avenue bar in New Orleans.

The next local one is July 20 from 2-8 p.m. at 3Fifty Terrace (350 Madison St.), where entry costs $20. Booths with required bottle service sold out, and general admission usually does too.

In less than two years, Twerk x Tequila has become mandatory attendance for Detroit’s 20-something residents. [It] draws hundreds of patrons each outing. 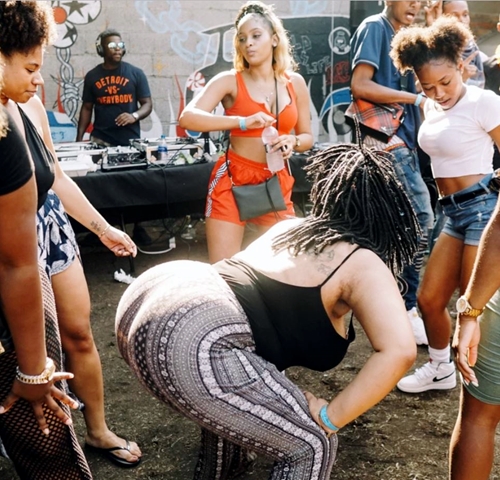 The woman behind the concept, which she calls "a celebration of femininity," talks in a lengthy Q&A interview with The Neighborhoods' editor about her impetus and approach:

It’s a celebration of being yourself freely. A lot of events in Detroit, there’s a dress code, there’s all these stipulations — I didn’t want that.

Because I was tired of going to all these parties where you had to dress a certain way. And when you dress all uppity, you can't dance! I was like, I want to throw something where it makes you feel like you're hanging out at your auntie's house.

I noticed that when I was coming up with names, there wasn't a lot of stuff for [women]. . . . You had your whiskeys and your cognacs, and a lot of women don't want to drink that. We like vodkas and tequilas. I was like, let's do something that women want, because a lot of the other parties, you can be cute and that's it. . . .

People are always looking for something to do in Detroit, because there's not a whole lot. In urban nightlife in Detroit, there's nothing to do on Saturdays. We gotta go to Novi. Who wants to go to Novi? Granted, they do have good weekends, but that's far! What about the people who can't afford to get all the way out there? 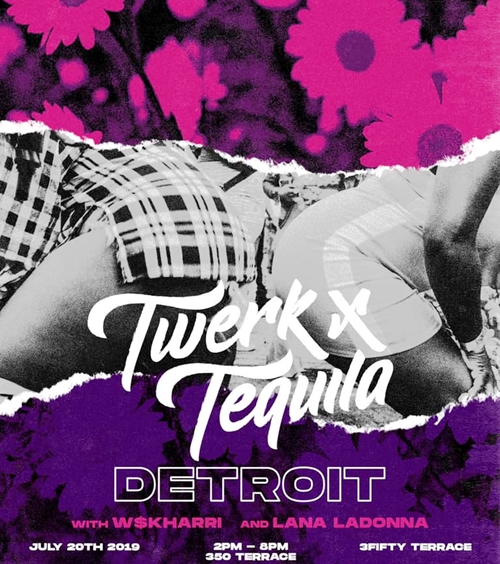 The daughter of Detroit (Davison-Conant area) casts herself as an "East 7 Mile Princess" who creates "lit events." The vision reaches beyond her home city.

"Yeah, touring is next."

Two short clips from a May 5 party at El Club show what's shaking:

#TwerkxTequila was lit lol. Had to show out for the little booties pic.twitter.com/8rcqqobZ1f