Rashida Tlaib vs. Nancy Pelosi: 'People like us — people of color — have been missing' in the U.S. House

Push the congresswoman from Southwest Detroit and she's likely to shove back, even if you're speaker of the U.S. House.

"Tlaib hits back at Pelosi over border bill criticism," The Detroit News says above coverage of a shot fired by Nancy Pelosi and returned by Rashida Tlaib. 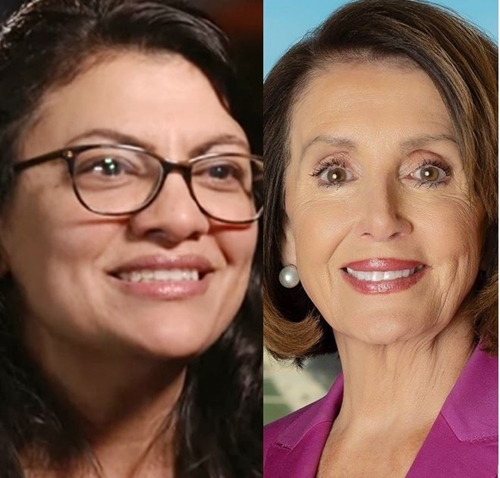 Melissa Nann Burke of the paper's Washington bureau reports on the volley:

Asked about the criticism she has faced over the $4.5-billion border aid bill, Pelosi had this to say over the weekend to columnist Maureen Dowd of The New York Times: "All these people have their public whatever and their Twitter world. But they didn't have any following. They're four people, and that's how many votes they got."

Pelosi of California was referring to Tlaib among the "squad" of four Democratic freshman lawmakers that includes Rep. Alexandria Ocasio-Cortez of New York, Ilhan Omar of Minnesota and Ayanna Pressley of Massachusetts.

Tlaib, who voted against the border package along with the other three, hit back Sunday on ABC's "This Week," saying Pelosi should "honor" their presence in Congress. . . . "We're reflective of our nation in many ways. . . . People like us — people of color — have been missing in the chamber," Tlaib said.

"Honor the fact that we are there. That 650,000 people are represented by each and every one single of us," she added. "It is very disappointing that the speaker would ever try to diminish our voices in so many ways."

The Detroit Democrat, elected last November, says she voted against proposed spending to address the surge of migrants at the Southern border because she won't "throw more money at a broken system."