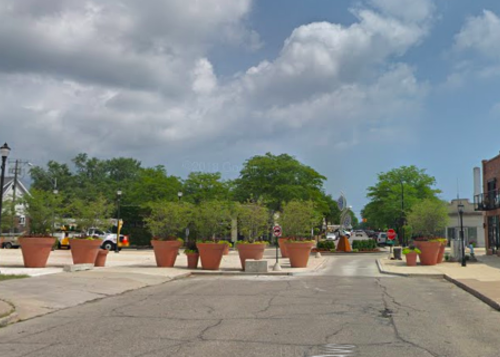 Detroit and Grosse Pointe Park have reached a tentative deal to eliminate a notorious barrier that has for years been seen as a symbol of the affluent white suburb's perceived hostility toward its lower-income black neighbor.

Both cities have drafted a memorandum of understanding that would open Kercheval to two-way traffic before Aug. 1. Additional development and streetscape work is planned at borders between the two cities on Mack and on Jefferson. The Grosse Pointe Park City Council voted to pass the agreement Monday night.

Detroit City Council was to vote on the agreement Tuesday.

The agreement comes after a year and a half of discussions between the two cities — and as the area attracts new investment. A $16 million mixed-use development by a Grosse Pointe Park family is reportedly in the works at the border, with 85 percent of the building to sit in Detroit.

According to the News, the design for Kercheval between Alter Road and Wayburn shows two-way traffic and bikelanes, a parking lane, and trees along the sidewalk.

Two additional developments are planned for two other border locations between Grosse Pointe and Detroit.