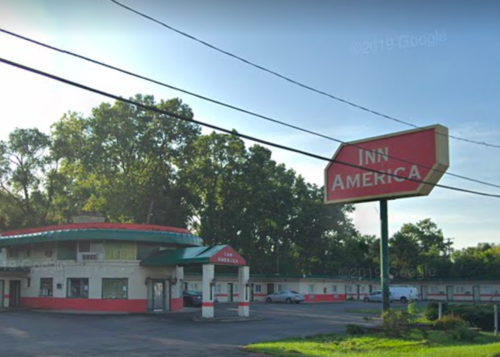 The motel where Lyric Jones was killed. (Photo: Google Maps)

Two children found beaten at a Redford motel lived under horrific conditions and regularly suffered abuse at the hands of their mother's boyfriend, according to a court petition for parental termination reviewed by the Free Press.

5-year-old Lyric Jones died of blunt force trauma at the motel last month, where she and her 3-year-old brother lived in a reportedly cluttered and bed-bug infested room with just a queen sized bed.

The Free Press reports the boy was found with 26 injuries on his small body.

Jones told a detective that [her boyfriend, Mike Lewis] hit the kids daily with his fists, belts or his knife sheath.

"The mother admitted she saw Lewis punch Lyric in the stomach two days before she died," the petition said. "Notably, the mother has continued to leave the children with Lewis despite knowing he has punched and struck the children with implements."

The boy, speaking to a forensic interviewer at a child advocacy center, said he, Lyric and Lewis were watching TV in the motel room when Lyric began throwing up and died. He described Lewis as having "an attitude."

The court took away the parents' rights to the boy and he is currently in the care of a relative and will undergo a court-ordered mental health assessment and trauma therapy. The boy's father, 26, said he  couldn't take care of him because he's "on the run" from police.

According to the Free Press, child protective services had previously been called to intervene in 2016:

because of "physical abuse/substance abuse/drug-exposed infant," according to the petition. The investigation "was substantiated," the petition said.