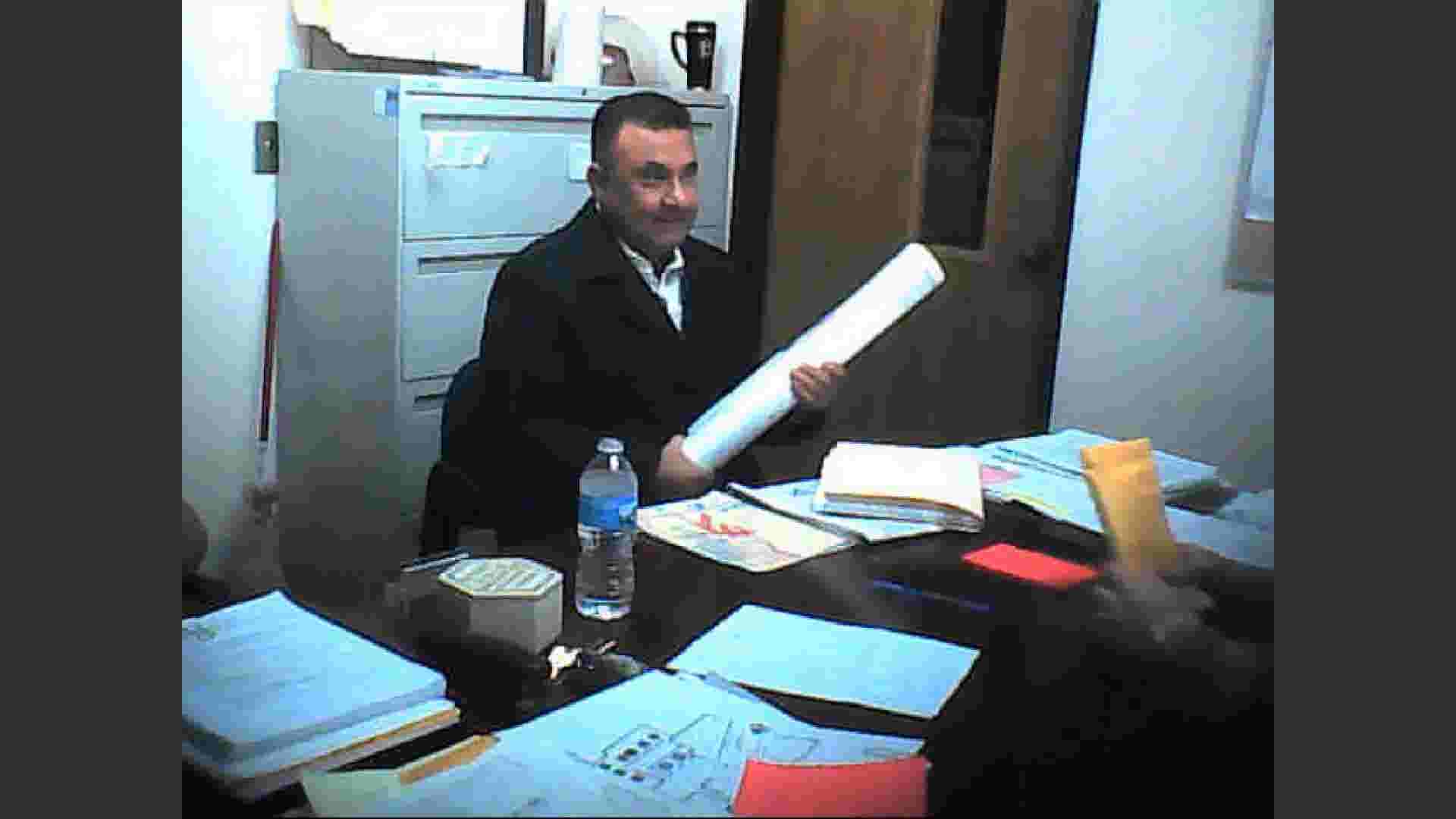 Businessman Fazullah Khan seen after slipping a yellow envelope to a politician.

Greed and corruption never go out of style.

A secretly recorded FBI video from 2014 shows businessman Fazullah Khan dropping a thick yellow envelope on the desk of Washington Township Supervisor Dan O'Leary, who was cooperating with the FBI, according to Robert Snell of The Detroit News.

Khan, 58, is an engineering executive from Troy who sought contracts with Macomb County communities.

He is on trial this week in U.S. District Court in Port Huron on charges of paying $11,000 in bribes to Washington Township officials.

His case is part of a widesweeping, multi-year FBI probe into corruption Macomb County.