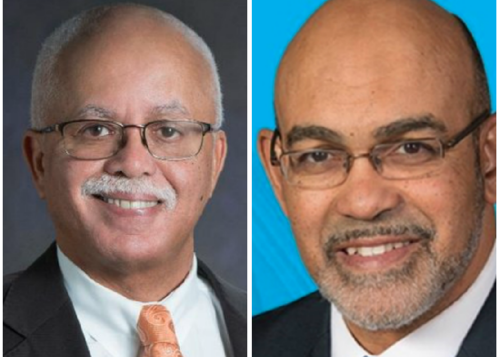 An ethics complaint filed against Wayne County Treasurer Eric Sabree over his family's purchase of properties sold at the tax foreclosure auction has been dismissed.

The Wayne County Ethics Board voted 5-1 Wednesday to clear Sabree, The Detroit News reports. County Executive Warren Evans filed a complaint after The News revealed that Sabree's wife and son bought or successfully bid on properties in 2011 and 2017 at the auction he runs.

The majority of the board felt [a] 2012 ethics ordinance didn't apply to properties bought by Sabree's wife because they were purchased in 2011. Board members also found his son's bidding on a client's property in 2017 didn't violate the ordinance, in part because Eric Sabree didn't know about his son's involvement.

According to the initial News investigation, even as far back as 2011,

county rules banned family members of the Treasurer's Office and its employees from participating in the auction, which seizes properties from delinquent taxpayers after three years of nonpayment and resells them to the highest bidder.

Sabree has said he felt his wife's 2011 buys were OK because the auction was administered by a third party company at the time.

The News also found a property owned by one of Sabree's family members was so far behind on its tax bills that it should have been sold at auction, but wasn't. Sabree has said that happened in error.

Freman Hendrix, an ethics board member who voted to dismiss the complaint, called the issue "media generated" and "politically motivated," saying "stories get written to sell papers.”

Ethics board Chairman Carron Pinkins, the lone dissenting vote, said Sabree and his lawyer did not give the board enough information to determine whether what happened was proper.

Evans said in a written statement he was "not sure" the ethics board's handling of the case resolved questions about the foreclosure sale.

"Despite multiple lengthy hearings and review of substantive evidence, I’m not sure that the Board’s action today did much to address those concerns, but I accept its decision."