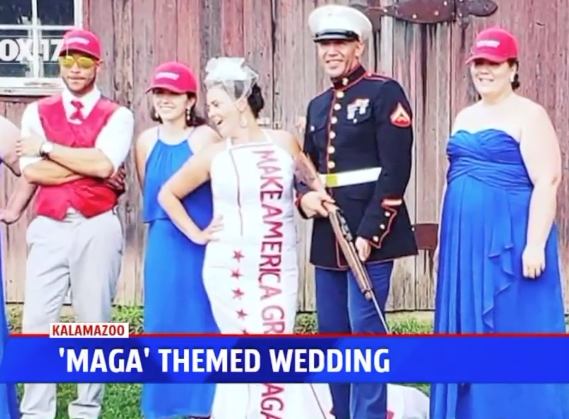 What better way to say you love the commander-in-chief than to throw a MAGA wedding?

Audra tells the Fox affiliate she wasn't very political until Trump “came out and said ‘It’s OK to love your country, it’s OK to put the people in your country first, it’s OK to maybe not be politically correct.”

Not everyone embraced the concept. The groom's father refused to attend.

"He sent us a text message," the bride told the station.  "It said, ‘As long as you support that racist in the White House, I won’t be attending your wedding.’ Which is sad but we did have a lot of people that loved us and showed up.”