Can Como's Detroit-Style Pizza Bake with the Big Boys? 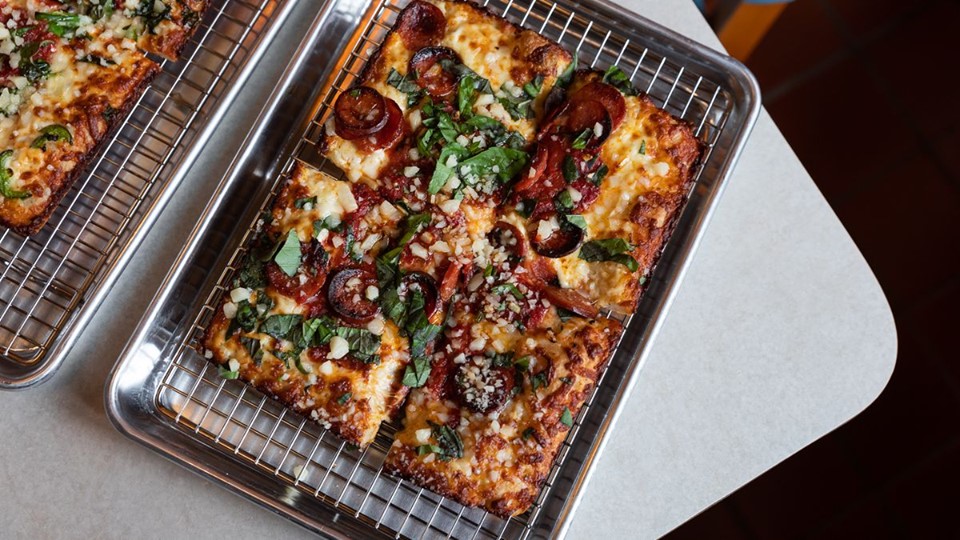 Under past ownership, Como's pizza was passable, but nothing to rave about. What wasn't passable were the health inspections, which lead to the demise of the Ferndale restaurant at the highly visible corner of Woodward and Nine Mile.

Can a young, new-school chef make Detroit-style pizza that hangs with that of the old masters at Loui's, Buddy's, and Cloverleaf?

In short: Yes, Como's can hang. (Chef and co-owner Zach) Sklar's pies check most of the Detroit-style pizza boxes. Its crust is dense and crunchy on the outside, but soft in the middle and altogether focaccia-like, though not quite as dense as that at Loui's. Super tasty caramelized cheese rings the edges, though there's perhaps not as much cheese as one finds on most Detroit-style pies, but that isn't to say it's lacking.

The toppings are slightly different than what we're used to — kale, black garlic honey, and marinated tomatoes, among others. The latter was part of an excellent pie with roasted garlic, crushed meatballs, and jalapeño. Crushed meatballs seemed a little suspicious — isn't this just ground beef? — but the meatballs here are much more.

Como's also offers a short list of specialty pies, and two fine options are The LGBT (spinach, garlic, bacon, and tomato) and The Granny (pepperoni, mushrooms, and caramelized onions).