Prosecutor: Detroit cop threatened woman with jail if she didn't give him her number 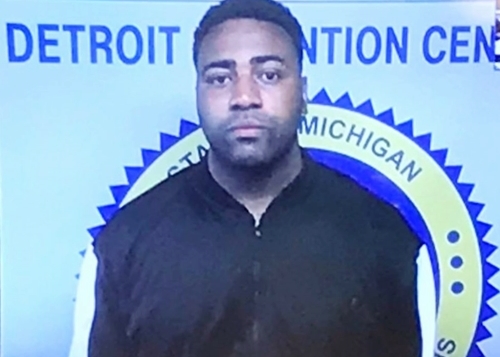 A Detroit police officer is facing two charges of misconduct after allegedly pulling over two women, asking for their numbers, and telling them they could avoid ticketing or jail if they provided the information.

Officer Chancellor Searcy, 32, who's previously been accused of wrongdoing while on the job, was arraigned Wednesday and released pending trial.

The incidents happened downtown in July and August last year, the Wayne County Prosecutor's Office says. Searcy was successful in getting the womens' numbers and went on to allegedly send them unwanted calls and texts.

A 21-year-old from Sterling Heights was told she could avoid a ticket if she complied. A 29-year-old from Ray was given a greater pass: she would avoid jail and having her car impounded, Searcy allegedly told her.

Searcy, on the force for about 10 years, faced embezzlement and misconduct charges in 2015 for allegedly confiscating money from a suspect and fabricating the “circumstances and documentation” in the arrest of someone else.

Searcy was aquitted by a jury and remained with the department.