Update: Macomb pool pooper ID'd, banned for the rest of the summer 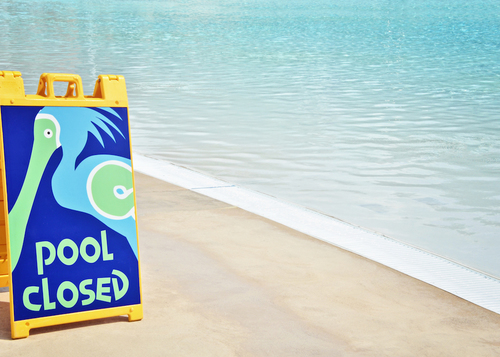 The nonprofit that runs a Macomb community pool serving two subdivisions reports on its website that it has identified the phantom defecator responsible for multiple closures of the facility.

That individual has been banned from the pool for the remainder of the season, and "we are looking at the various options for restitution," the site said. Case closed, presumably.

The operators of a Macomb community pool are consulting with police as they try to identify an alleged serial pooper: someone whom they believe has been pooping in the pool on purpose, causing it to close on multiple occasions.

The following note was posted to the Buckingham Recreational Facilities Association's website:

Regarding the recent pool closures…  Someone has been defecating in the pool.  Due to the frequency over the past week, we believe this is intentional.  At the present time, we are reviewing attendance logs and recorded video.  Rest assured that we are following published guidelines to restore the pool to a safe and sanitary condition.