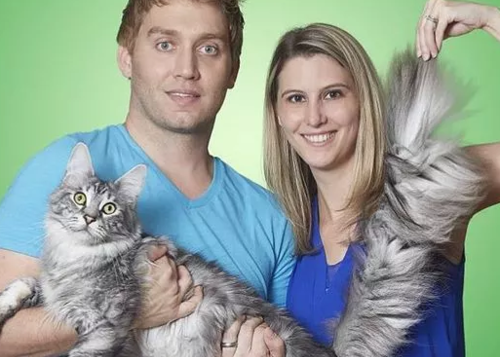 WILL AND LAUREN POWERS WITH CYGNUS REGULUS. (FACEBOOK PHOTO)

You might recall that the media went all out to write about William and Lauren Powers of Farmington Hills, who owned two Guinness World Records-holding cats. 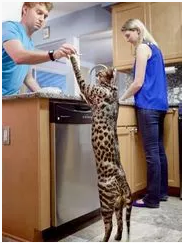 Well, the two famous felines, plus a third one, died in a November 2017 fire that destroyed their home. One cat was the tallest living domestic cat at 19.05 inches, and another had the longest tail -- 17.58 inches.

William and Lauren Powers, both osteopathic doctors, allege in a lawsuit filed Tuesday in federal court in Detroit that a faulty massage chair was to blame for the fire. They seek more than $1 million from the chair manufacturer, American Crocodile International Group.

The case alleges they lost:

"Their home, hundreds of thousands of dollars in cryptocurrency, and two record-holding animals, among other things. Furthermore, among other injuries, plaintiffs suffered and continue to suffer acute emotional distress, and lost nearly a year of income as they recovered from the trauma."

"The cats were like children to plaintiffs," the filing states. "Their loss was and is a source of immense grief."

The suit also alleges that the couple lost wages because they were unable to work for months due to the trauma, and for nearly a year, they "experienced a loss of companionship, cooperation, and affection as a result of the fire."

The California chair company did not immediately respond to a comment request from Deadline Detroit.

We first saw this story in The Detroit News.