Selweski: A Shift by Millennials to the Suburbs Could tank Detroit’s Revitalization 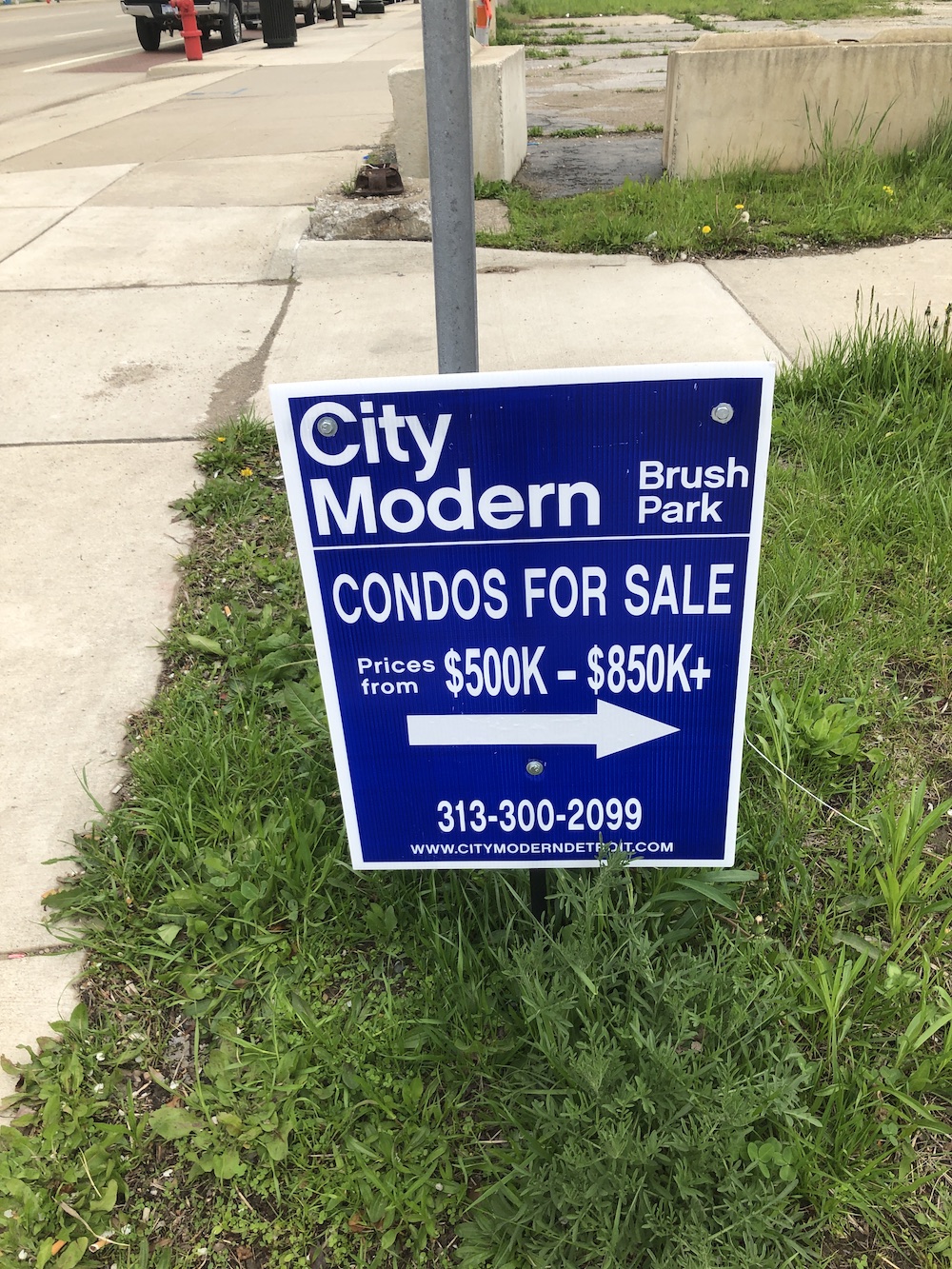 A sign of the times in Detroit's Brush Park area.

Detroit’s renaissance in the downtown and Midtown areas has earned the city a national reputation as the Comeback Capital of urban America.

News reports indicate that construction costs and rapidly rising rents for office space in the city’s inner core have hit a ceiling. The Detroit Free Press identified a market that has “hit the pause button,” which will obviously have an impact on new jobs and the influx of new residents, particularly Millennials -- those born between the years 1981 and 1996. The price of housing is also a worrisome development.

Motor City officials who fret about the effects of gentrification pushing out low-income residents along the Woodward corridor now face a new downside in the city’s rebirth – skyrocketing rents and leases, plus eye-popping condo prices, that could bring to a standstill the city’s reputation as the place to be among hipsters and young professionals.

At the same time, an emerging national trend may also soon work against Motown’s future success. 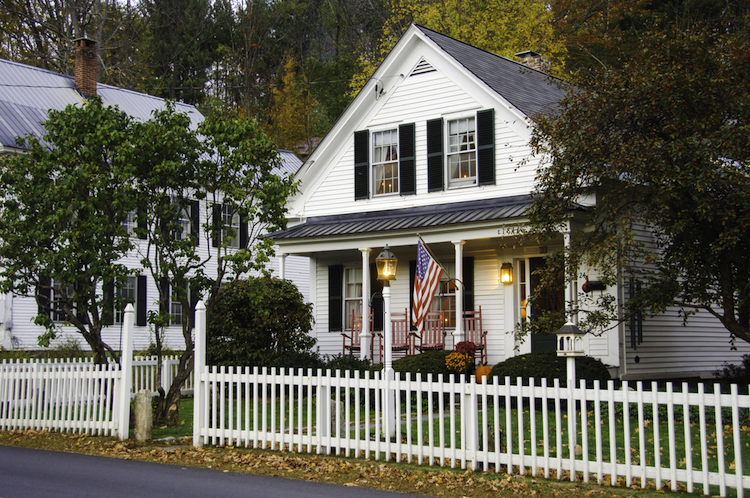 Researchers see early evidence that some older Millennials appear ready to repeat the suburbanization process of past decades by getting married, having children and buying that nice house with the lush lawn and white picket fence. Millennials who were “stuck in place” after the Great Recession now show signs that they may not be urban trailblazers after all.

The newest urban flight to suburbs mostly applies to metropolitan areas in the Sunbelt, experts say. It appears that Michigan Millennials, struggling to pay their Detroit rent, are more likely to move out of state, to warm-weather suburbs with an abundance of jobs, than to take up residence in places like Sterling Heights or Auburn Hills.

These younger workers are selective about where they want to settle down, according to Frey, and generally prefer suburbs with good weather and lots of job opportunities. As a result, it’s mostly Sunbelt suburbs that are growing fastest -- often at double the rate of large Rustbelt cities.

Some of the newest boomtowns are places hard to find on the map, like Frisco, Texas; Nolensville, Tenn.; Lakewood Ranch, Fla.; and Scottsdale, Ga. And then there is Apex, N.C., known as the “Millennial Mayberry.”

A suburb of Raleigh, its population has grown 54 percent just since 2010. Apex and Southern suburbs like it suggest the urban resurgence is slipping away, as these towns now account for 14 of the 15 fastest-growing U.S. cities with populations over 50,000.

Yet, beyond Detroit’s wintry weather and its poor transit service, what will drive Millennials out of Detroit quickest is the trend in housing that is pricing people out of the market.

As Deadline Detroit recently reported, the newest apartments available in Midtown and downtown rent for somewhere between $1,000 and $2,500 per month. And that doesn’t include electricity or a covered parking space.

Worse yet, the domino effect of this unwieldy upward trend is obvious. 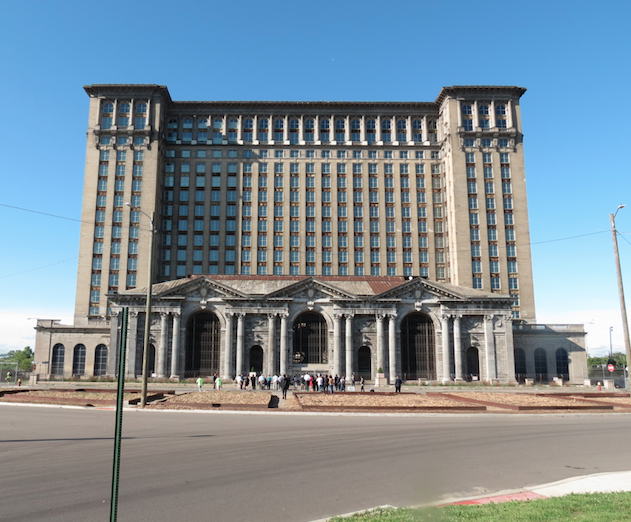 The Corktown neighborhood bordering downtown, overheated by Ford Motor Co.’s ongoing rehab of Michigan Central Station, was known not long ago for its vacant lots, waist-high weeds and abandoned buildings. Not far away, on the fringe of the inner city, are homes that sold in recent years for as little as $5,000.

Now, prices for the newest three-story, two-bedroom Corktown condos start at about $400,000 and can exceed $600,000, which matches the cost of suburban “McMansions” with three times as much square footage.

The city’s cheerleaders may argue that kids just recently graduated from college will not steer Motown’s future. However, young people have been such a key factor in the nation’s back-to-the-city movement that one study identified “youthification” as a special feature of 21st century gentrification.

Most Detroit Millennials, especially those in their 20s, still embrace the inner city’s hip lifestyle and amenities. But most certainly don’t earn the kind of bucks that can support a $2,000-a-month apartment or a half-million-dollar condo.

Experts disagree as they struggle with conflicting numbers and projections regarding urban vs. suburban dominance across the nation. But Millennials represent the largest generational demographic in U.S. history, larger than the Baby Boomers.

Richard Florida, who writes about these issues for the CityLab website, warns the Rustbelt: “Where they (Millennials) choose to live will have a lasting impact on which places grow, which stagnate and which decline.”

On the current path, Detroit’s downtown/Midtown could serve as a shiny spot of bling surrounded by a rusty factory town.

Even a pause or stagnation in the real estate market could spell disaster for city officials’ hopes that new housing and businesses will rise in the neighborhoods near the Woodward corridor.

Detroit could inadvertently emerge as an enclave of shimmering glass office towers, boutique shops and luxury apartments and condos virtually surrounded by battered neighborhoods where people live in downtrodden conditions, a city still bruised by racial divisions and economic adversity.

There will be no wall of separation between these two Detroits, but there might as well be.