A driver fleeing a traffic stop on Belle Isle escaped the island, but not the law, after he crashed the Dodge Challenger he was driving on East Jefferson Boulevard on Friday. 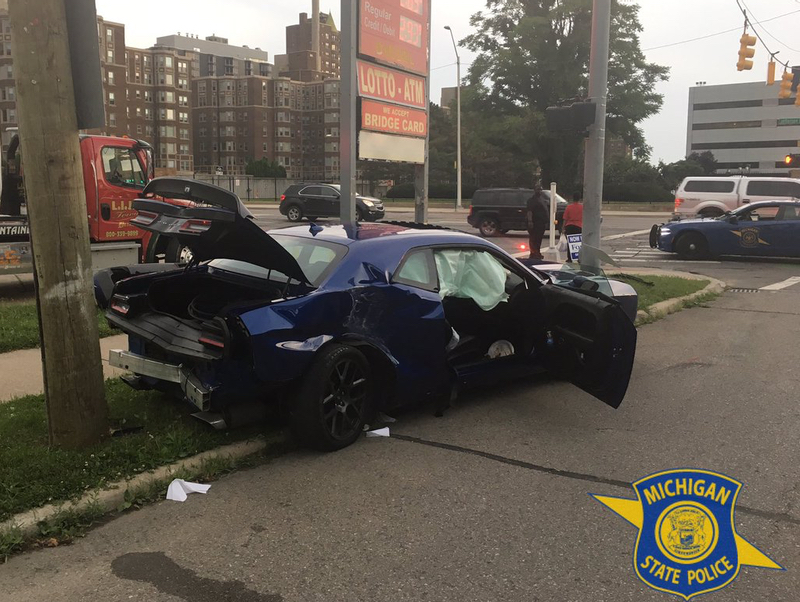 (Michigan State Police) Troopers on Belle Isle pulled over a Dodge Challenger at about 6:50 p.m. after checking the registration plate and learning the owner was a parole absconder for carjacking and robbery, state police said in a statement.

As backup arrived, the driver fled the scene, according to the release.

The trooper pursued the car as it went onto Jefferson Avenue from the MacArthur Bridge, but "then terminated himself from a pursuit per departmental pursuit policy and shut down his lights and sirens and continued driving normally," state police said.

But the driver continued to flee and lost control around Van Dyke, hitting a utility pole and leaving that scene as well. Police picked him up as he walked away. Charges are pending.