NAACP convention curtain-raiser: 'A sense of urgency' for Detroit meeting

The national convention of the NAACP opened in Detroit this weekend in the midst of a heat wave, weather to match recent events, with the president of the United States taunting four congresswomen of color to "go back" to their countries of origin. 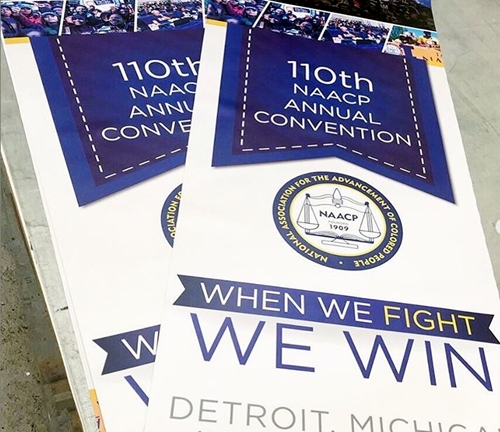 NAACP President Derrick Johnson told The Detroit News racism will be Topic A for the meeting at Cobo Center.

Johnson, who grew up in Detroit, said a "xenophobic and racist climate (is) germinating from the White House," citing recent controversial remarks from President Donald Trump directed at four freshmen members of Congress including Detroit Democrat Rashida Tlaib.

... "When we were last here we tried to bury the N-word," said NAACP Chairman Leon Russell during an opening news conference Saturday. "This year, once and for all, we hope to have a real conversation about racism in the United States of America. We want to talk about what part public policy plays in racism in the United States and we want to talk about what role the NAACP ... plays in trying once and for all to eliminating racism."

Many Democratic presidential candidates will address the group in a forum Wednesday, the last day of the convention. About 10,000 are expected to attend the meeting, which began Saturday.