It's a slap as strong as any public official can get.

"After promising a new era of open and honest government when he was first elected mayor, [Mike] Duggan is now facing scrutiny over a lack of transparency that is similar to what took place during the [Kwame] Kilpatrick era," Bankole Thompson writes at The Detroit News. 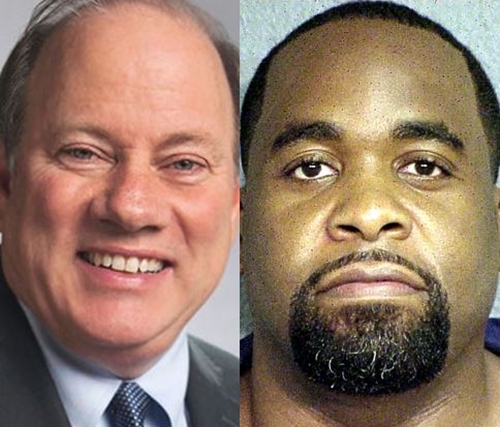 That's the columnist's second shot in four days at Detroit's mayor. (We also summarize the first.)

In his latest opinion page essay, headlined "Detroit lacks transparent government," Thompson cites examples of "the extent to which the administration will keep the public in the dark:"

The media must use the same zest it applied during the Kilpatrick administration in confronting what is clearly becoming an open government crisis under Duggan.

Detroiters who are being adversely impacted by the recovery because it has yet to reach their neighborhoods have a right to know if the administration is a diligent caretaker of their interest and needs.