Lengel: President Trump Should Take Note of the NY Exhibit on Auschwitz, Where My Mother Was Imprisoned

"The art of all truly great national leaders at all times consists in not dividing the attention of the people, but in concentrating it on a single foe."
– Adolph Hitler, 1925 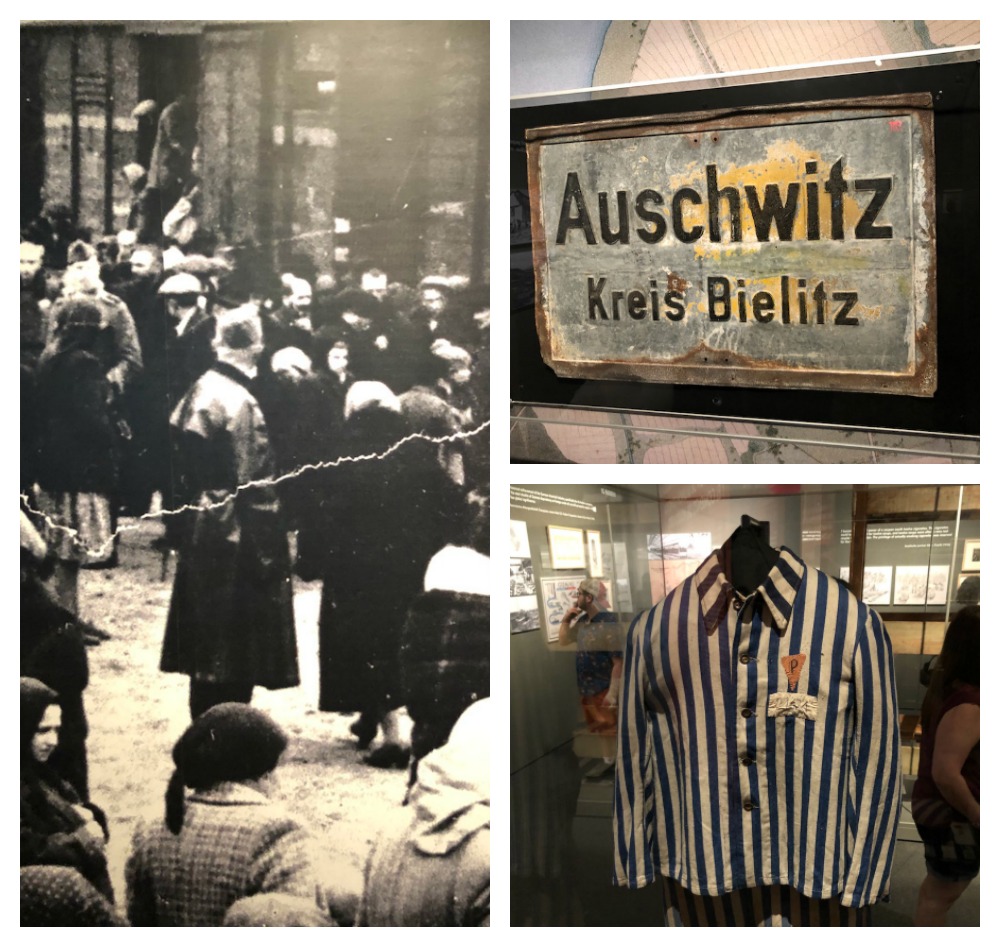 Items on display at the exhibit.

NEW YORK -- I saw the quote above on Sunday at a traveling Auschwitz exhibit in Manhattan. I couldn’t help but think of the fervor President Donald Trump stirred among his base with his racist tweets last week, which triggered the now-notorious chants of “send her back” aimed at Rep. Ilhan Omar of Minnesota, whom he’s declared an enemy of the state.

I felt compelled to see the exhibit. My sister strongly recommended it. Our late mother Miriam, a native of Czechoslovakia, survived Auschwitz. At some point, she was transferred to work in a munitions factory in Germany.

Her parents did not survive. She recalled seeing her father step down from a cattle car in 1944 at Auschwitz, and remembered watching a guard tug at his beard and laugh. That was the last she ever saw of him or her mother.

The exhibit is powerful. It includes video showing dead Jews stacked in a cart, headed to the crematorium. There’s images of mounds of teeth that were pulled from corpses, actual prisoner uniforms, a detailed narrative of how Hitler and Nazi Germany rose pre-World War II, thanks to orchestrated hate and high unemployment and a photo of the notorious sign reading “Arbeit macht frei,” which spanned the entrance and means “Work will set you free.”

When I think of Germany -- how one of the most cultured, progressive and sophisticated nations in the world made a very wrong turn under the regime of a master manipulator -- I can’t ignore the dangerous rhetoric whipping up hatred in the U.S.

A Sense of Obligation

And as the son of survivors, I feel an obligation to be aware and speak up.

The traveling exhibit, at the Museum of Jewish Heritage in Battery Park, speaks to our current situation in this country, noting in a placard on the wall:

It’s impossible to understand the post war world without an in-depth confrontation between our idea of mankind and the history of Auschwitz. The museum serves as a universal warning, showing where racism, anti-Semitism and ideologies based on hatred lead.

In the world of rapid changes, the lessons of Auschwitz should be a warning, forcing us all to think about our active responsibility for the world we live in. 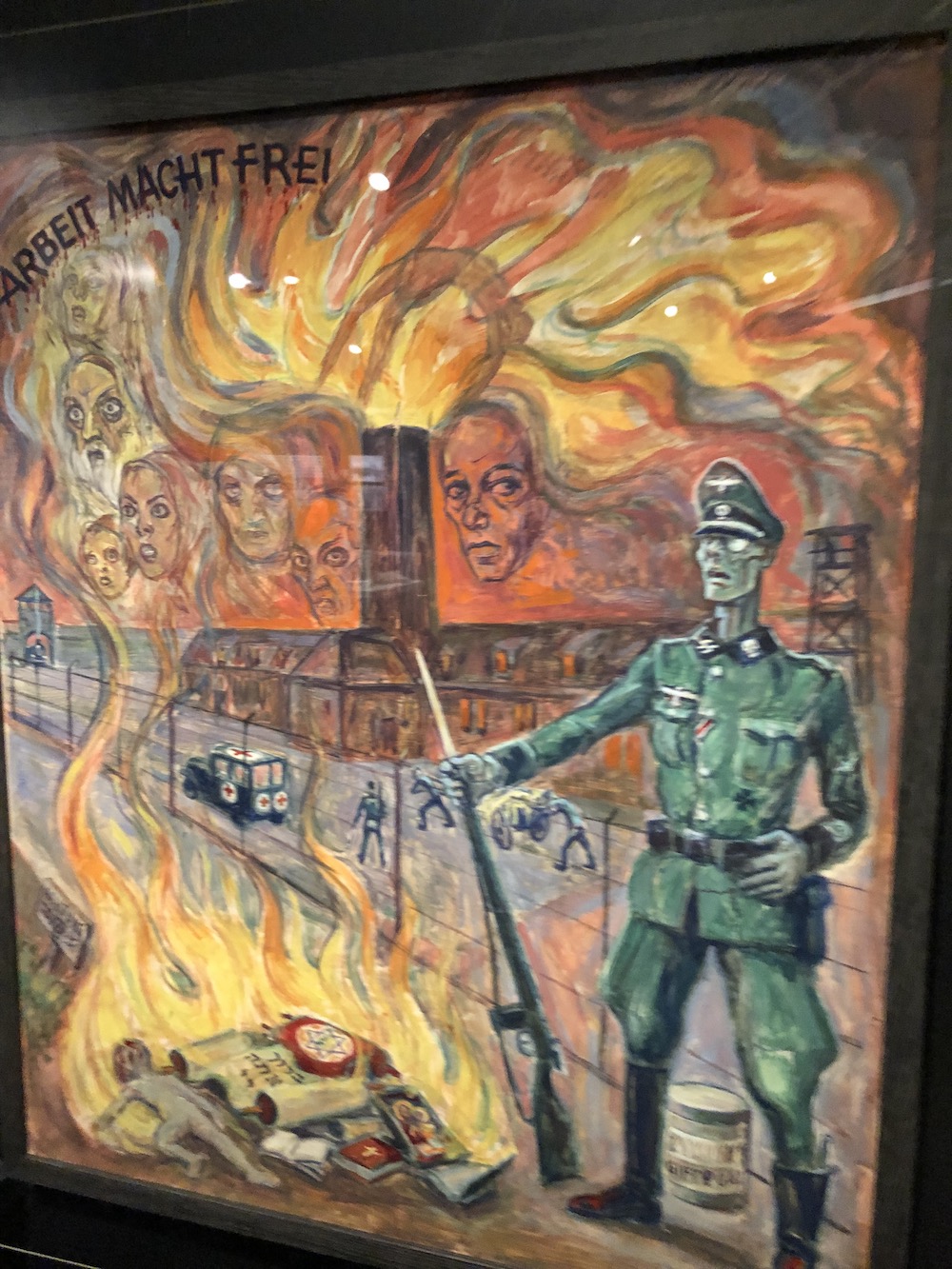 Polish artist David Olere painted this after being in Auschwitz.

Looking at the images and film footage, it’s clear the Germans dehumanized not only Jews, but communists, Catholics and gypsies. One display shows how village residents, including children, had to witness the mass executions of their Jewish neighbors.

Perhaps out of fear, or passivity and silence, or out of support, the German masses witnessed the rise of hatred in its purest, most evil form.

Focusing on a Foe

Germany showed how a civilized nation can slip into very dark times by focusing on a “foe,” which then happened to be Jews, gays and others deemed aberrations to the Aryan race. Between 1918 and 1933, Berlin was at the center of gay culture. In the mid-1930s, the Nazis began targeting gay males and arrested 100,000 under a law that criminalized homosexuality. About 50,000 were convicted and 10,000 were sent to concentration camps.

America has its own shame: Slavery, segregated schools, separate drinking fountains, hotels and restaurants in the South; Japanese internment camps during World War II; prohibition of same-sex marriages for so long.

In each cases, one common theme emerges: The dehumanization of people.

Sadly, we have a president who likes to do the same to excite rally crowds. He, too, dehumanizes people -- particularly immigrants. In his campaign words, many Mexicans are rapists. Many Central Americans are members of MS-13.

Is he really a racist? Kellyanne Conway’s husband, attorney George Conway, thinks so -- commenting the other day that he’s “racist to the core.”

Does Trump really believe in what he’s saying, or is he spouting those words for his advantage, to build core support, to win in 2020? Is it a matter of winning at any cost? Does he even realize his hateful rhetoric is taking us down a dark path with dire consequences?

The Washington Post, in an analysis earlier this year, found that counties that hosted a 2016 Trump rally saw a 226-percent increase in reported hate crimes.

I don’t agree with everything some members of “the squad” have said or the way they’ve said it. Not backing down is one thing. But fighting hate with hate can be a losing battle.

I support Israel and I also support a Palestinian state. As a Detroiter, I voted for Rashida Tlaib, respecting her views while remaining optimistic she would try to understand both sides and advocate for a real peace.

I fear that in some ways, the rhetoric of The Squad is feeding into Trump’s need to find a foe for 2020, since to date, his attacks on “Sleepy Joe Biden” haven’t gotten much traction.

When I lived in D.C., then-Police Chief Charles Ramsey, an African American, began requiring that his officers go to the Holocaust Museum to see what happens when authority and power run amuck. That practice remains to this day.

I realize that Trump in 2017 visited Yad Vashem, the Holocaust museum in Jerusalem, and wrote in the guest book: “It is a great honor to be here with all of my friends — so amazing and will never forget!”

Unfortunately, it’s not so clear he remembers much, or worse yet, understands the message, at least from what we see of his subsequent actions and words. 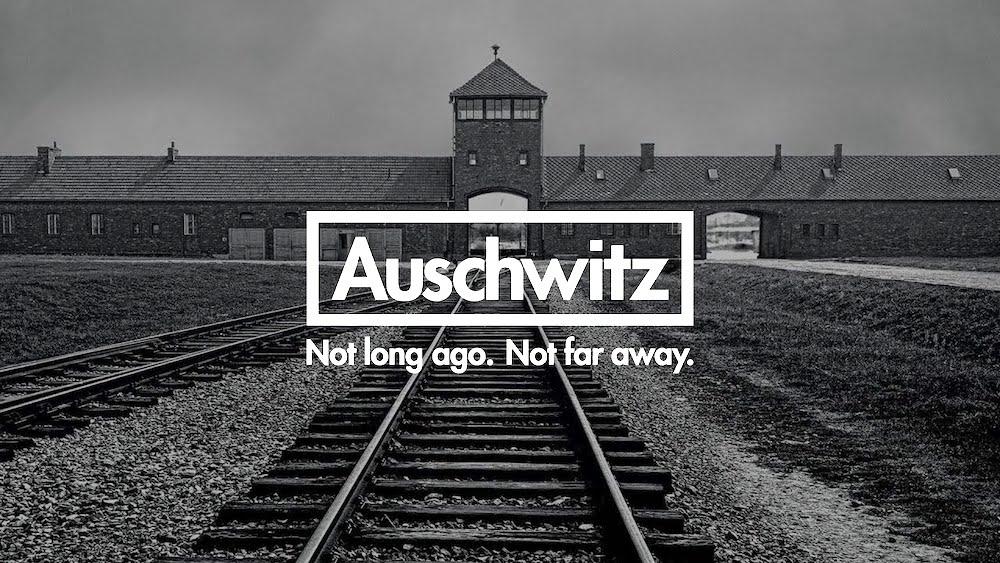 If you get a chance to see “Auschwitz: Not long ago. Not far away,” you should; it’ll be at the Museum of Jewish Heritage in Lower Manhattan until Jan. 3.

I’d recommend it to the president, but I’m not optimistic the message will sink in any more than it did when he went to Jerusalem. (His inscription in the Yad Vashem guest book is pretty unmoving. In fact, I wouldn’t be shocked if his son-in-law, Jared Kushner, reminded him to add the “never forget” part.)

So, even if you can’t imagine the desperation that drove so many immigrants to our door at the southern border, if the idea of them standing for days or weeks in chain-link pens doesn’t move you, if you believe the man whose toddler was taken from him as part of our family-separation policy is probably MS-13 anyway, hopefully the exhibit will soften your heart.

And if the collective pain and misery so many endured at Auschwitz serves as a reminder of the poisons of hate, maybe we can change for the better. And maybe “never again” might really mean something to people everywhere.

Listen to Allan Lengel discuss the article on The Craig Fahle Show.