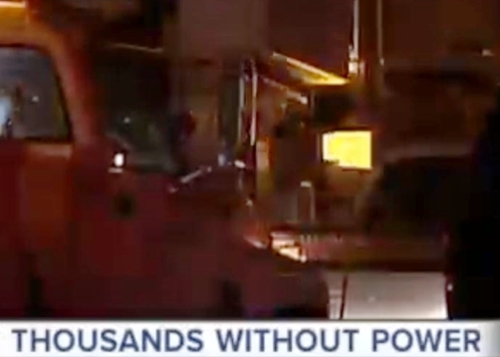 "The stretch of mass power outages that began Friday night enters its fifth day," James David Dickson writes at the top of his Detroit News coverage. As of 9 p.m. Monday, 140,000 had been offline.

The utility's timetable remains: All customers should be restored by the end of the day Wednesday. Some 600,000 households and businesses lost power. . . .

Online requests for a state-mandated $25 billing credit can be made for those who've been without power at least 120 hours (five days). Yes, that dollar amount is correct -- though it may seem far from appropriate to those with spoiled food and disrupted lives.

As the power outages continue, @MichiganRadio is still operating our studios and newsroom in Ann Arbor on a generator. Rest of the office is dark. It's about 25 degrees cooler outside than it was in the on-air sauna ... err ... studio this morning!

DTE is giving out ice and water to customers in areas with extended outages. Vans are at these sites from 10 a.m. until 3 p.m. Tuesday: 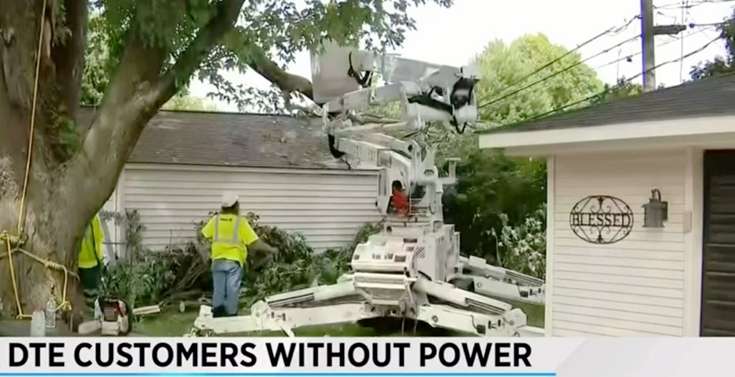