Detroit's restaurant boom declared 'over' after spate of closures 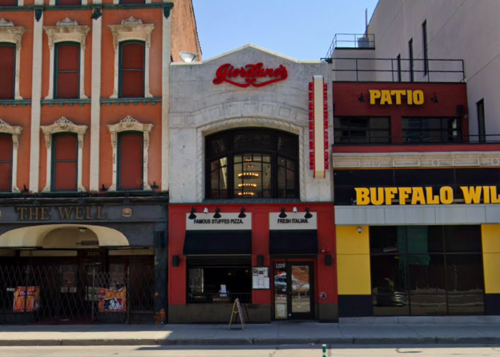 Giordano's downtown is among the latest in a wave of closings. (Photo: Google Maps)

... for close observers of the local dining scene, something about the tempo and type of restaurants affected reflects a larger national shift, one that’s being felt both in Rust Belt cities like Detroit and Indianapolis as well as the longtime culinary coastal hotbeds of New York City and the San Francisco Bay Area.

“Most of those independent, chef-owned, casual fine-dining restaurants that came to define the last decade of dining have proven difficult to sustain as chefs burned out, rent and food costs increased, and the labor pool, especially in the back of the house, dwindled to near catastrophically low levels,” writes food journalist Kevin Alexander in his new book, “Burn The Ice: The American Culinary Revolution and Its End.”

“The social media that brought exposure to creative ideas without traditional gatekeepers now overexposes trends ... The small-town feel of many of these neighborhoods has become an oversaturated marketplace controlled by hostile landlords and aggressive developers. . . . The words ‘craft’ and ‘artisanal’ and ‘farm-to-table,’ once vitally important signifiers of the movement, have become so commonplace they’ve really stopped meaning anything.

That boom and bust Kurlyandchik outlines has hit Detroit in less time than big cities elsewhere in the country.

“... our real estate boom happened so fast,” said James Rigato, chef-owner of Mabel Gray, which opened a year after Selden in the blue-collar suburb of Hazel Park and quickly became a poster-child for the area’s growing restaurant scene.

“2009 was probably financial bottom and in 10 years you have, like, Manhattan prices in some spots. It sucks that we hit rock bottom 10 years ago with the restaurant scene and the real estate scene, so a lot of talent left. And then before you had the talent that could regenerate, the demand for restaurants and the real estate boom is upon us."