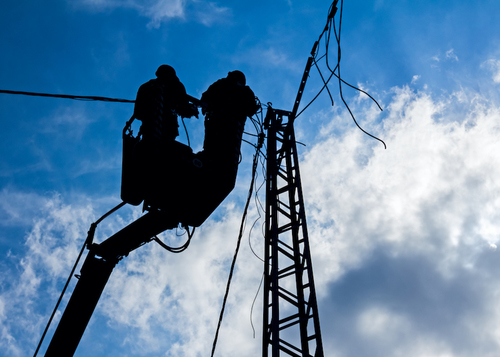 The Michigan Public Service Commission will likely review DTE's response to a weekend storm that left 600,000 customers without power — reportedly the second-biggest outage in the utility's history.

Customers complained about inaccurate restoration estimates and poor communication in the wake of the storm. DTE has since blamed technical problems for the issues, but the regulatory agency will still likely launch its second review of the company in about two years, according to Crain's.

DTE has been in "close contact with the MPSC throughout the restoration process," Randi Berris, manager of corporate communications at DTE, said in an email. The MPSC said it is working on next steps following the storm.

"In situations such as we just experienced it is not uncommon for the Michigan Public Service Commission to conduct follow-up analyses of a utility's preparedness and response and to identify lessons learned," MPSC Chair Sally Talberg said in an emailed statement.

Last year, the MPSC investigated DTE Electric Co.'s severe weather-related power outages over concern parts of its distribution system during large storms were "unable to provide safe and reliable service, as is required by law," it said in a news release.

In January, the MPSC approved an agreement with DTE to bolster emergency storm response and fund public education and training about the hazards of downed electrical lines.