Detroit stands at the center of Campaign 2020 this week with two televised opportunities to mix politics and a drinking game. Democrats with Oval Office visions dancing in their heads go on the Fox Theatre stage Tuesday and Wednesday, 10 at a time, for two-hour debates hosted by CNN.

This Democratic presidential nomination slugfest has serious stakes, but it is mid-summer and our last chance to be entertained informed by some passengers destined to lose seats in the crowded clown car. So we suggest listening for substance and also tossing back a beverage of choice when you hear the shot cues below. 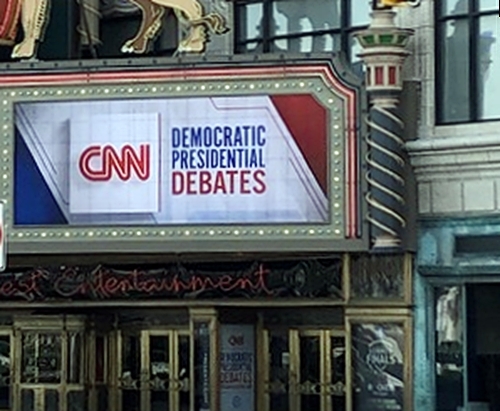 Wherever you play, pace yourself and consider alternating hard stuff with a wine spritzer, Vernor’s or LaCroix. These 20 pols (a double decagon, if you’re a showoff) is likely to pull shot-slugging triggers early and often: 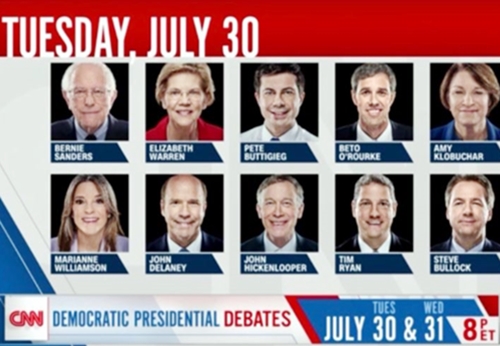 ► Upon hearing each night’s first salute to “the working men and women of Detroit [or Michigan].”

► Make it a double if the candidate includes “hard-working” or “heartland.”

► When Elizabeth Warren on Tuesday says “giant corporations in America have too much power.”

► Make it a double if she starts a reply with “look, it's really simple.”

► If a moderator pronounces “Gov. Hickenlooper” amusingly. (Go ahead, pour this one in advance.)

► When a candidate mentions visiting Flint, though not each time it's said. Drink responsibly.

► When Joe Biden on Wednesday cites his Rust Belt roots in Scranton, Pa.

► If anyone tells Biden they respect his "many decades of past service to our country, but . . ."

► Make it two if an Olympic torch-passing metaphor is lit again.

► When Bernie Sanders on Tuesday says "every other major country on earth . . ." 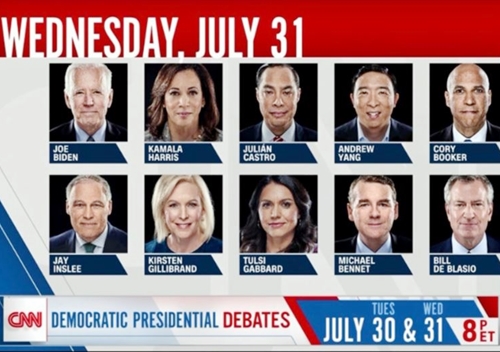 ► When Kamala Harris on night two says "as a former prosecutor . . ."

► If Beto O'Rourke speaks Spanish the first night or Julián Castro does in round two.

► Quaff again if either says "no necesitamos el muro" ("we don't need the wall").

► The first time Marianne Williamson uses any of these words Tuesday: joy, miracle, healing, harmony, energy. (Just one shot or it's a game-ender.)

► If anyone compares herself or himself to “the resilient city where we are tonight.”