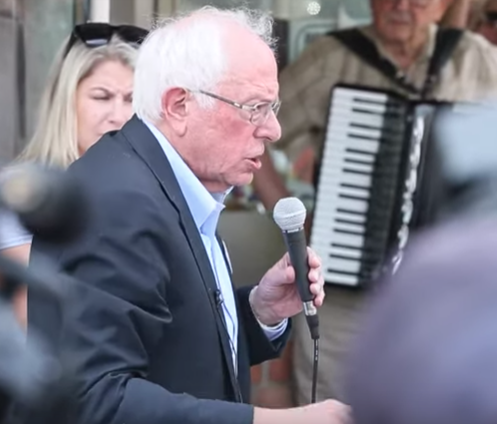 Sen. Bernie Sanders thinks the cost of some medicines in the U.S. is obscene.

To prove his point, Sanders, who was in Detroit on Sunday, crossed into Windsor with a bus of Type 1 diabetics to buy insulin at a fraction of the cost, Lindsay Charlton of The Windsor Star reports.

Sanders called the price disparity for meds between the U.S. and Canada “an embarrassment. ” He noted that one vial of insulin costs about 350 to $400 (U.S. dollars), while in Canada the same vial costs  around $36.

“We love our Canadian neighbors and we thank them so much,” Sanders told a crowd gathered outside The Olde Walkerville Pharmacy on Wyandotte Street, the paper reports. “But we should not have to come to Canada to get the medicine we need for our kids to stay alive.”