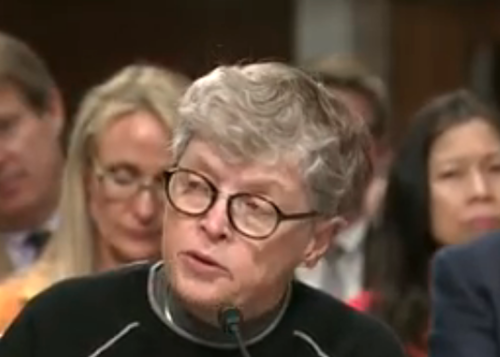 She'll receive a severance of $2.45 million over three years, plus other benefits.

Dianne Byrum, board of trustees chair, released a statement saying Simon's retirement is "best for the university."

Simon stepped away from the job without resigning from MSU in January 2018 at the height of the Larry Nassar sexual-abuse scandal. She faces criminal charges of lying to police in connection with that investigation.

From the Freep story:

The agreement also spells out that Simon is to be recognized for her service to the university. However, it does say the school would take down her official photo if she is convicted of a felony.

One advocate for Nassar's victims scoffed at the deal. John Manly, an attorney for some of the hundreds of women the imprisoned ex-doctor molested, said:

"The board should get together and fight having to pay any money to her. Who says crime doesn't pay? The AG (Michigan Attorney General Dana Nessel) should fight to claw back that money.

"The message this sends is it is just business as usual."