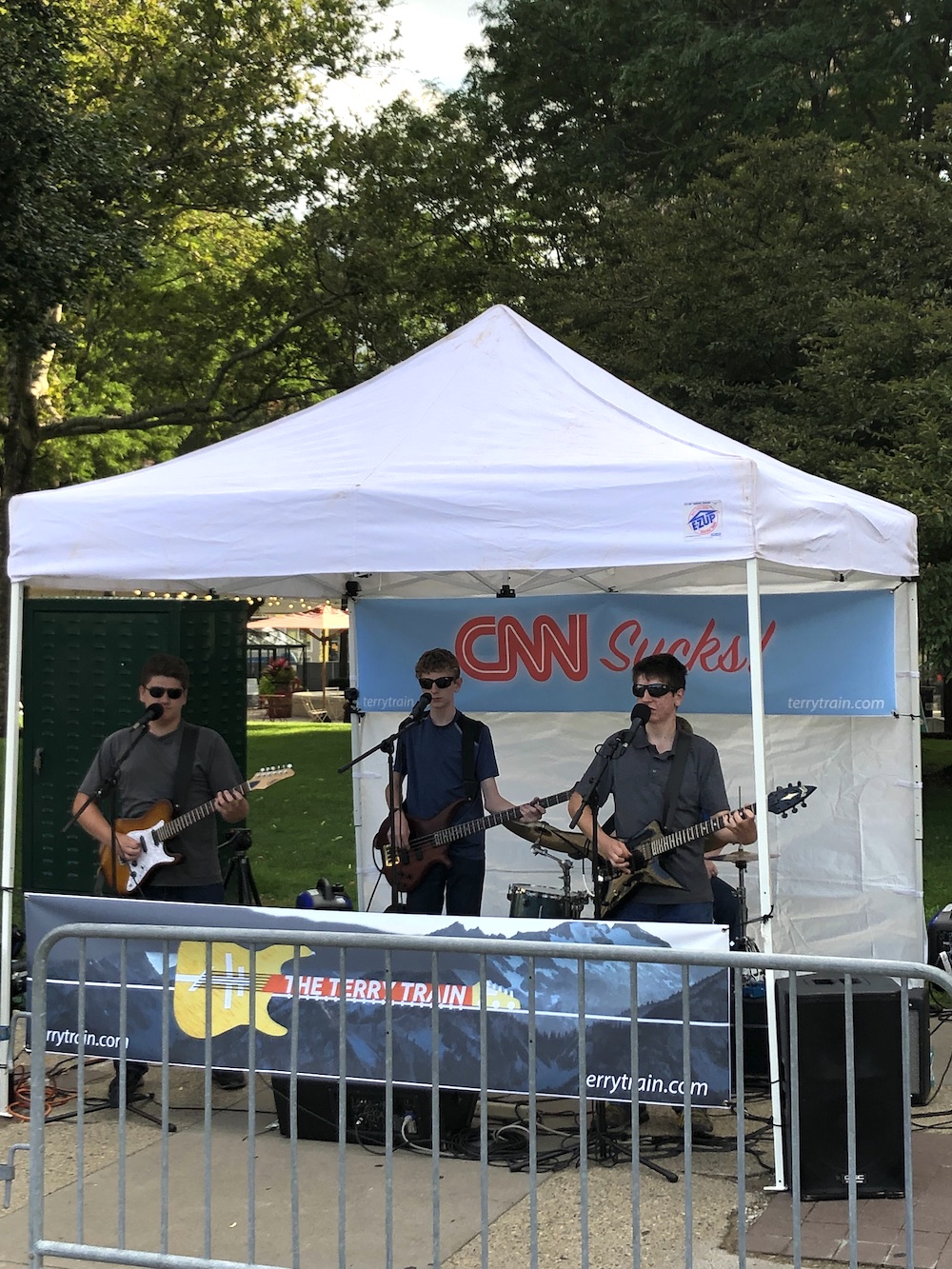 The Terry Train from Memphis plays in Detroit.

Advice to the four Tennessee brothers from the Terry family: Don't drop out of school to seek a music career.

The Terry Band performers from Memphis -- Randy, 16, Michael, 15, Justin 14, Killian, 13 -- appeared outdoors near the Fox Theatre in downtown Detroit the past two days to play songs like "CNN Sucks." They were there to make their mark at the Democratic presidential debates.

Randall Terry, father of the teens, introduced them before stepping away to let them do their thing. (Randall Terry may be known to some readers as the leader of Operation Rescue, an anti-abortion group that tried to shut down clinics by lying down in front of them, forcing police to carry them away bodily.)

When asked what TV news station he listens to, he said, "You know who we listen to -- CNN. That's why we wrote the song 'CNN Sucks!'"

The group then launched into their big song, with the constant refrain, "CNN Sucks!" Lyrics include calling CNN reporters "morons" and "Jake Tapper makes you wanna hurl."

Well, Terry brothers. Sorry, but some may say your music sucks. We guess CNN is in that camp.