Gallery: Views from the Media Room at the Detroit Presidential Debate

Reporters from every major network and newspaper, including The New York Times and Washington Post, filled the press room for Wednesday night's Democratic presidential debate at the Fox Theatre in downtown Detroit, sponsored by CNN.

Reporters watched on multiiple TVs around the makeshift, cavernous room attached to Hockeytown Cafe, next to the Fox. When the debate was over, some of the candidates came to talk to Anderson Cooper and guests, and then to reporters in what is known in the business as the spin room.

Surrogates for the candidates also talked to the throng of reporters, hoping to influence perceptions.

Here are 11 photos of the scene: 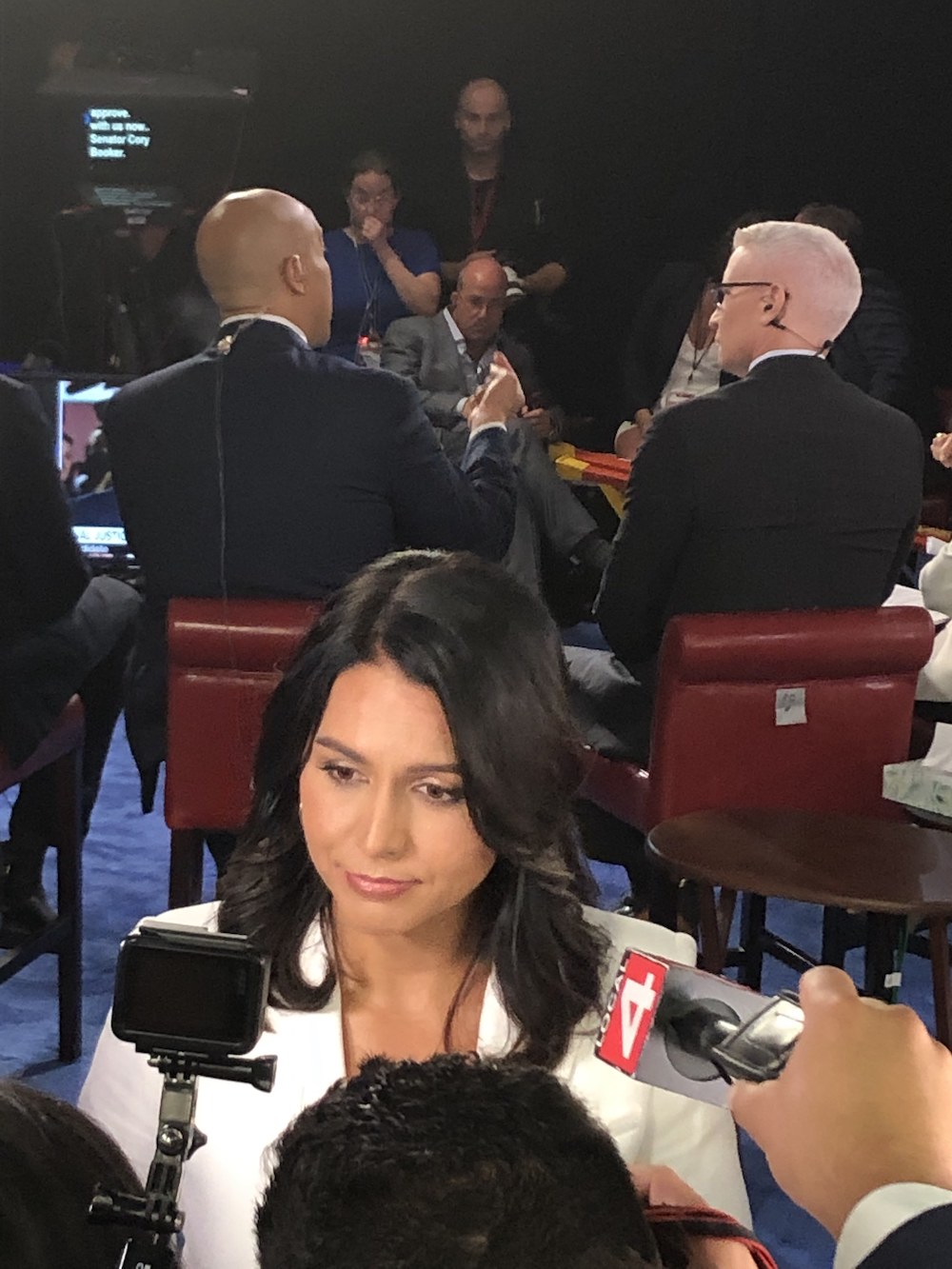 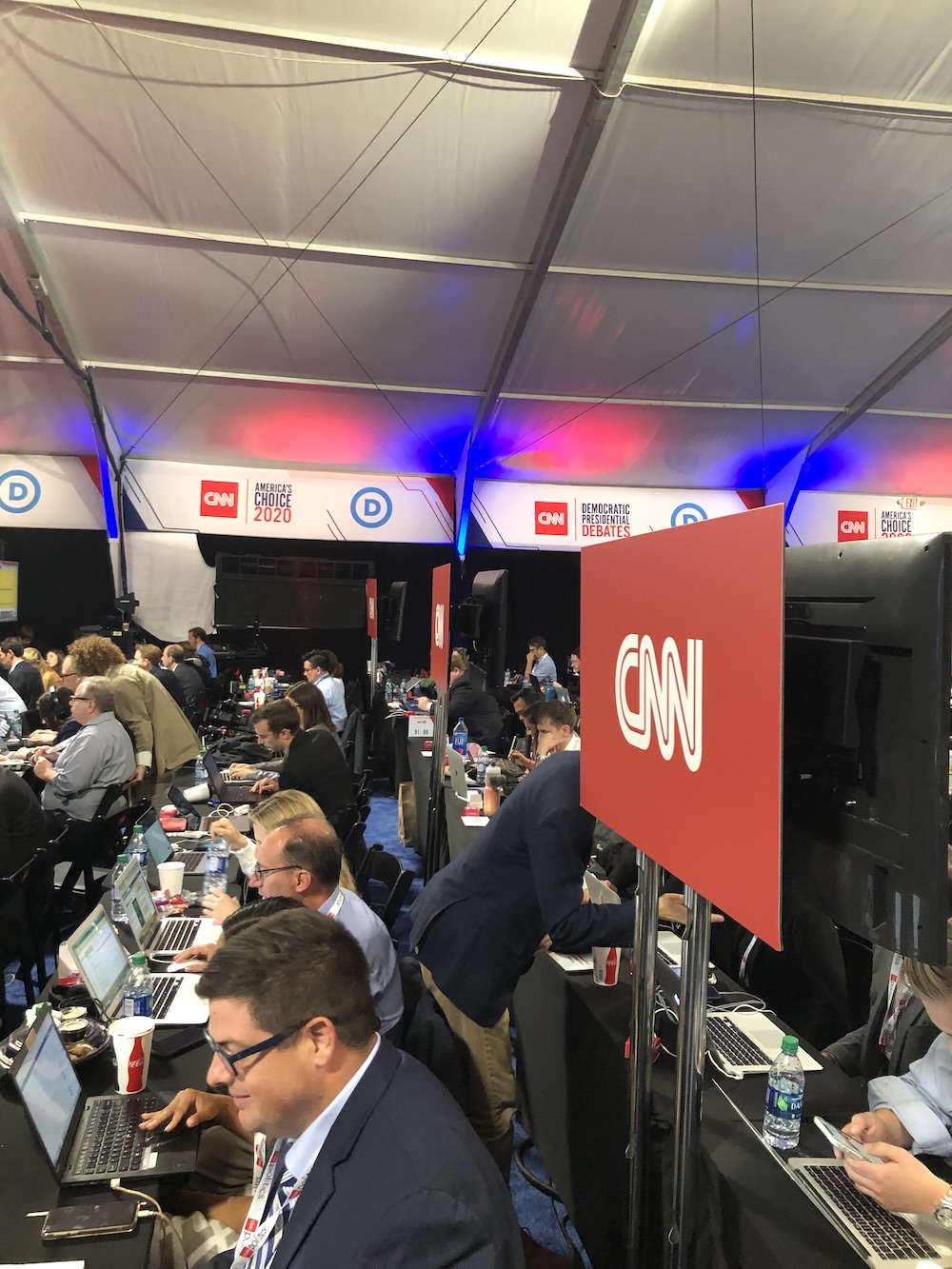 The press worked away during the debate. 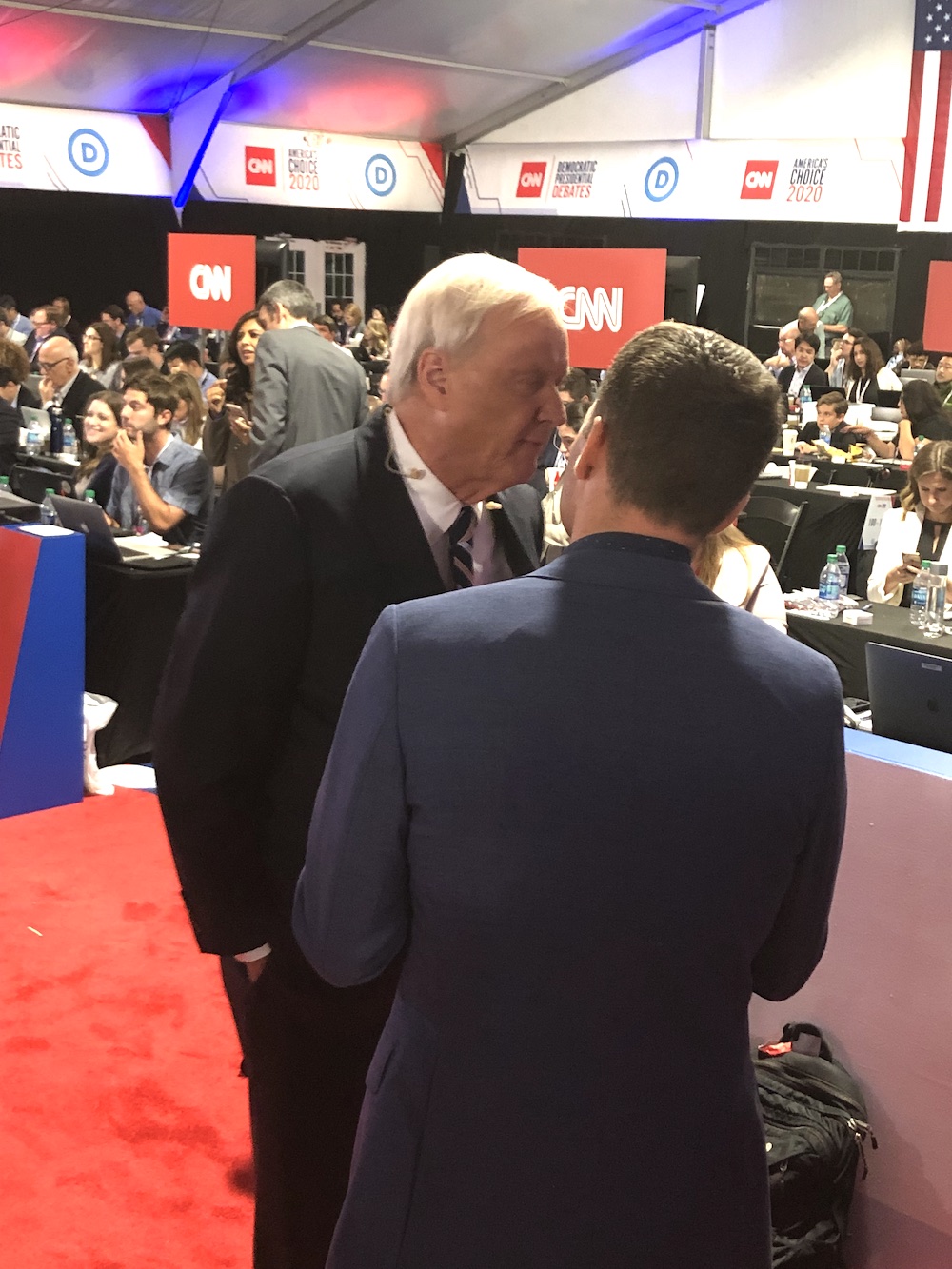 MSNBC's Chris Matthews made the scene. 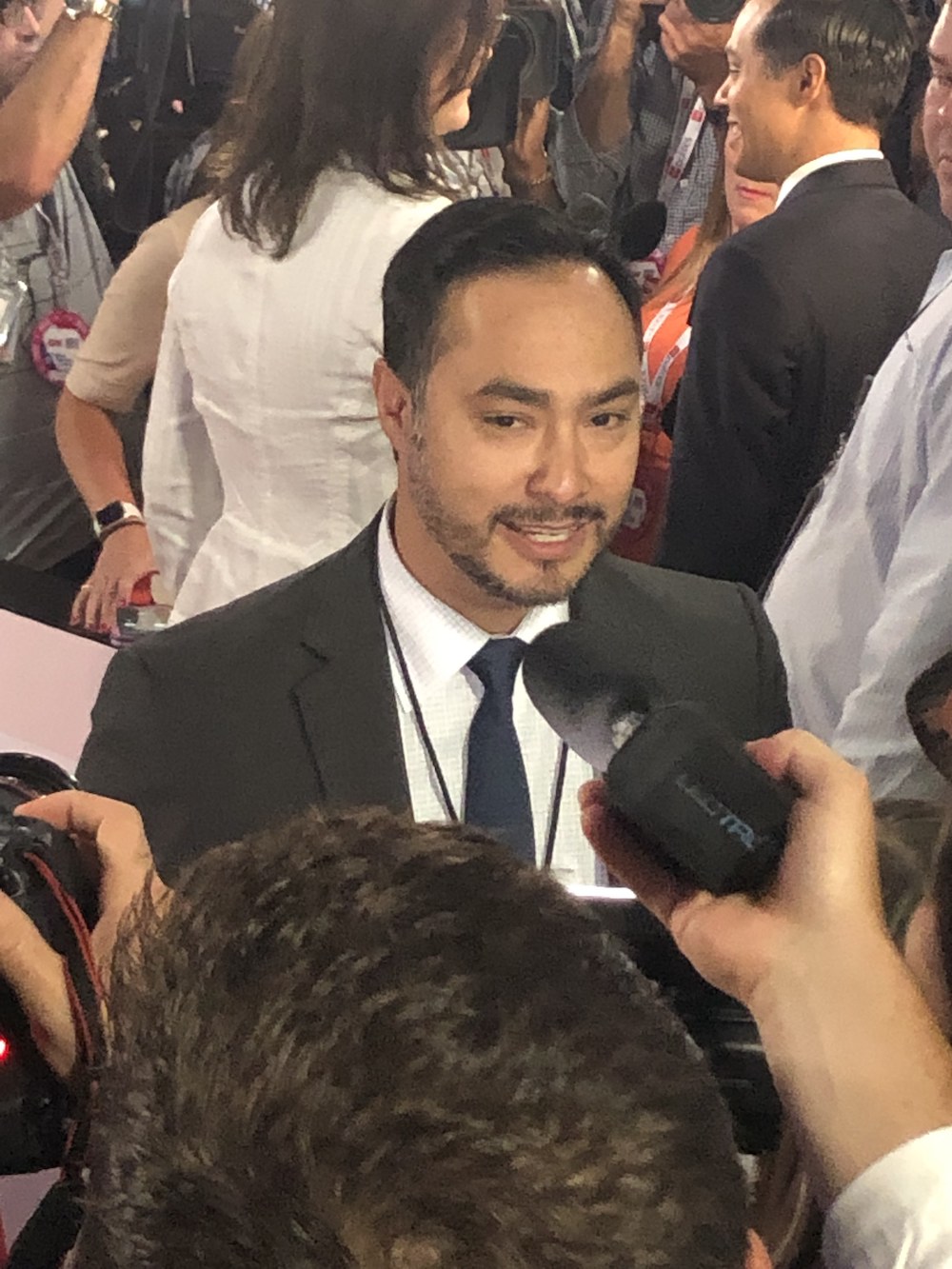 After talking with Anderson Cooper, Julian Castro chatted with reporters. 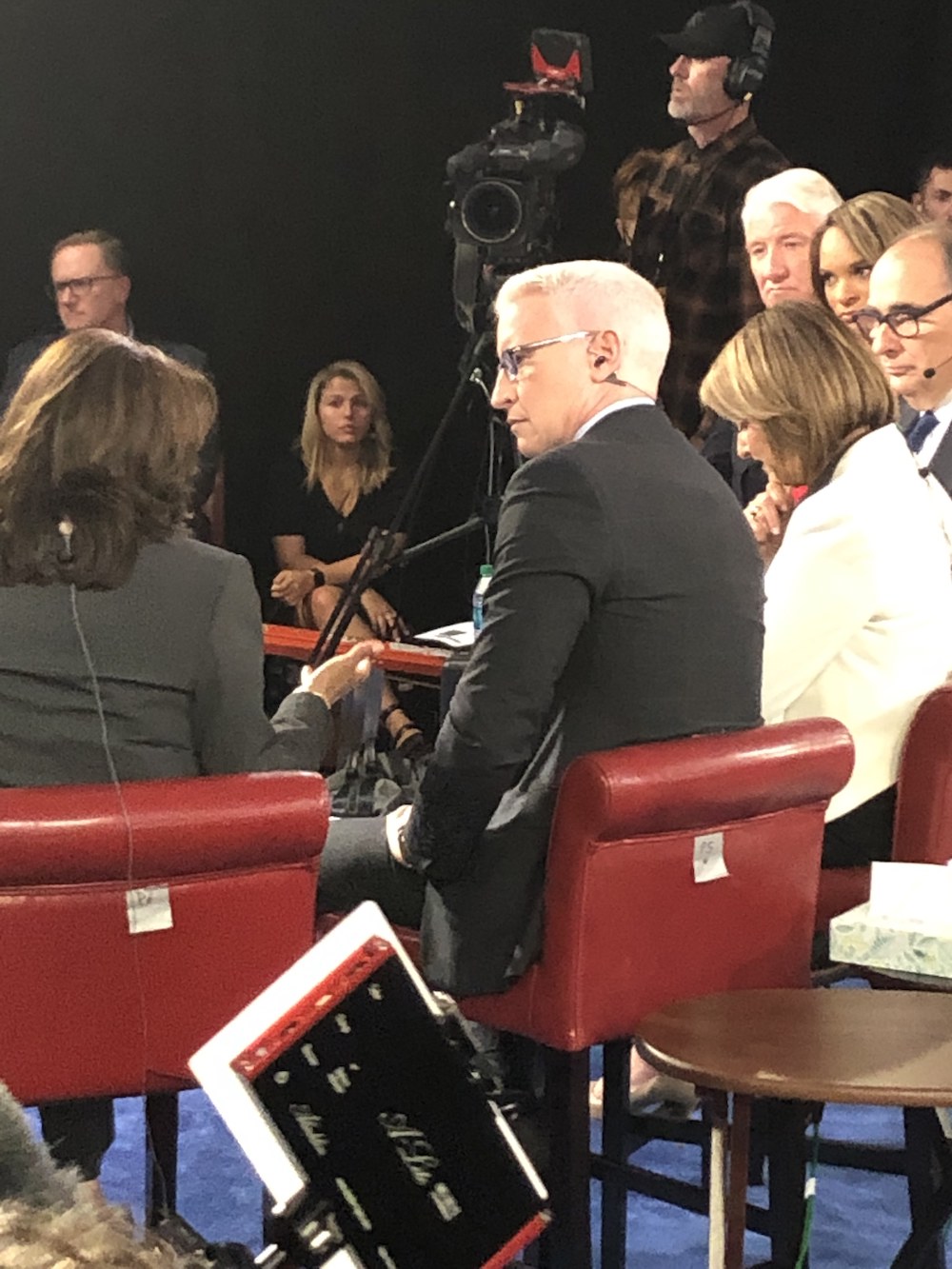 Sen. Kamala Harris chatted with Anderson Cooper in the spinroom. 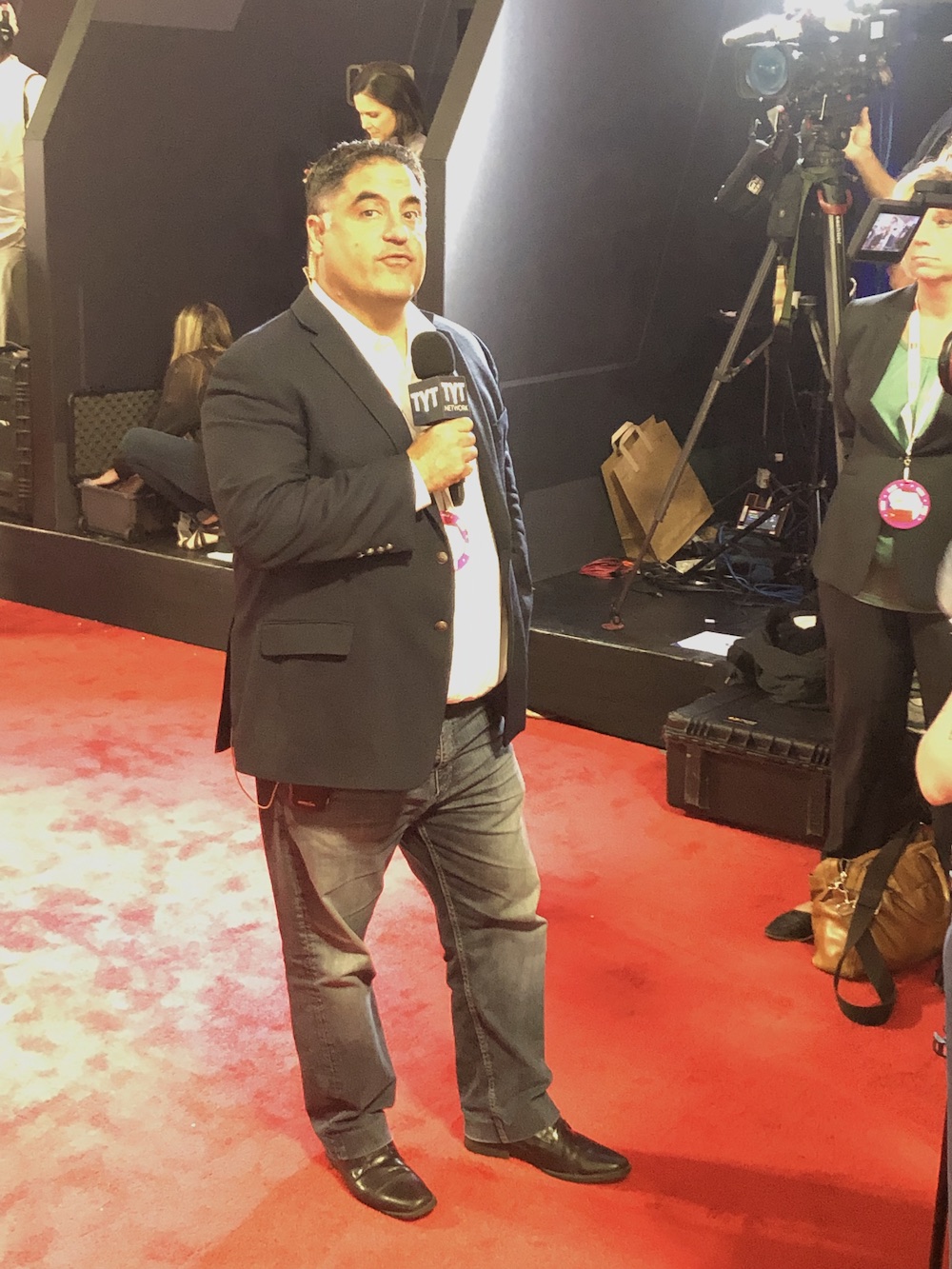 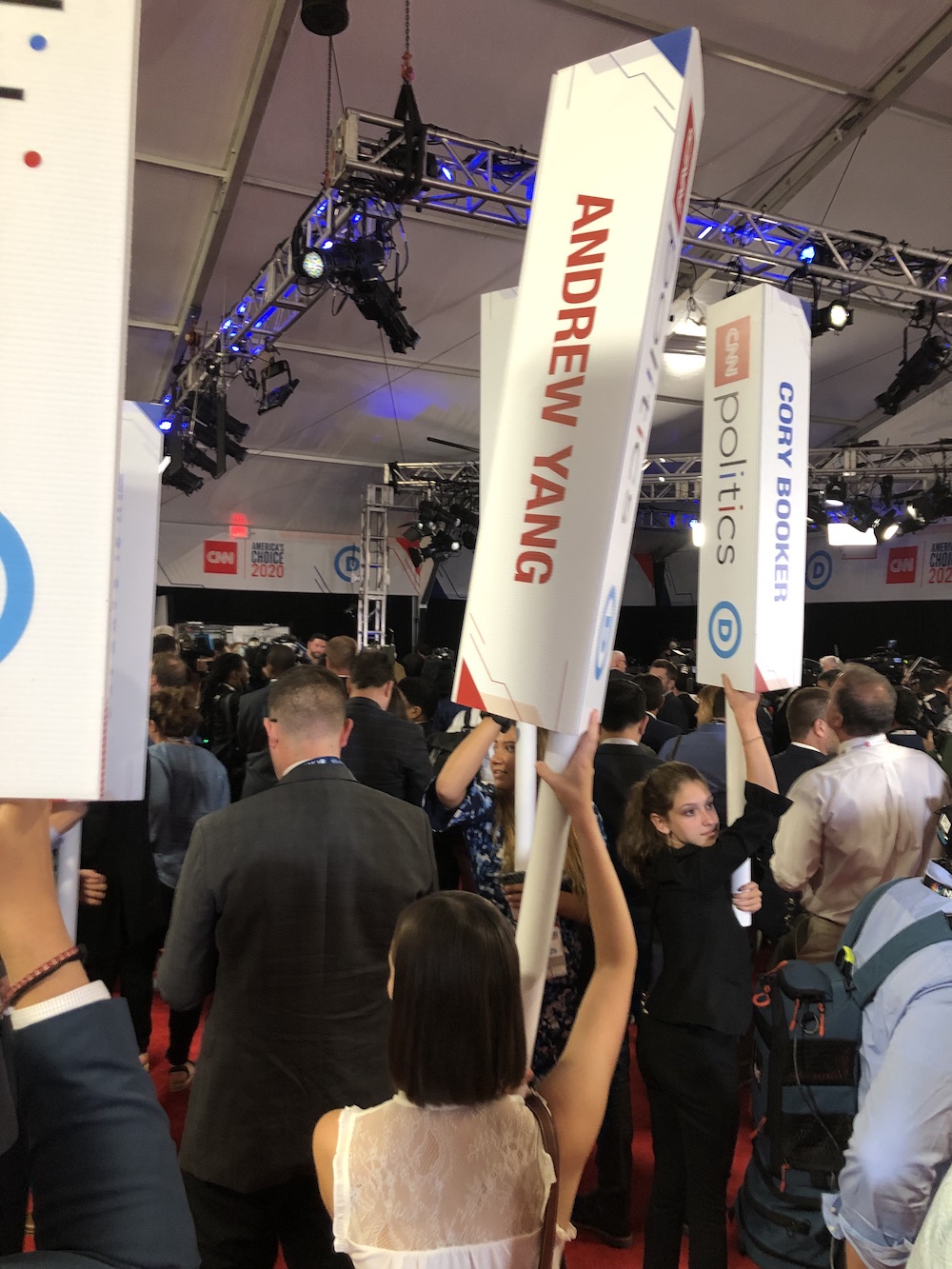 Surrogates hold up signs so reporters know who they want to talk to. 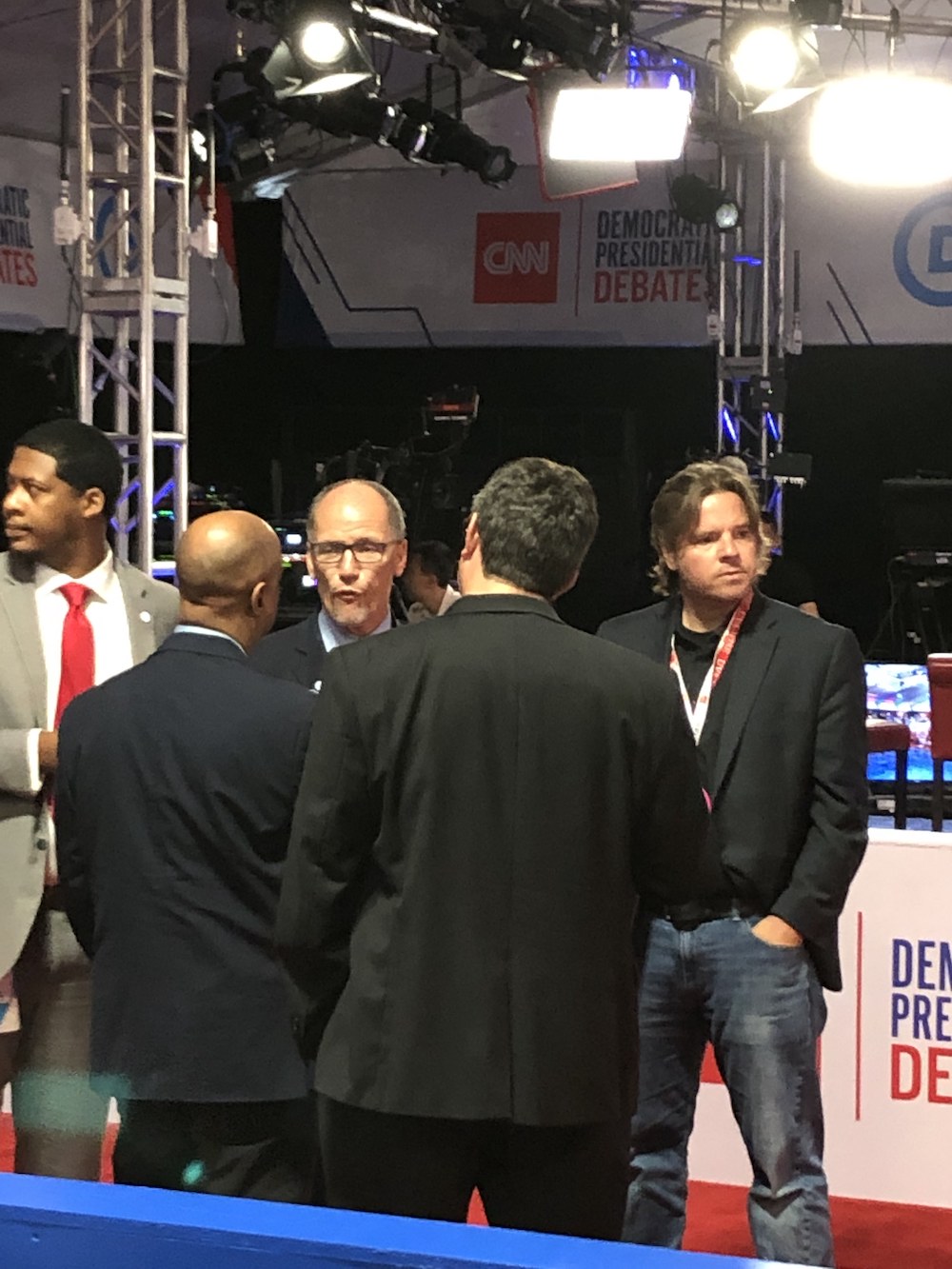 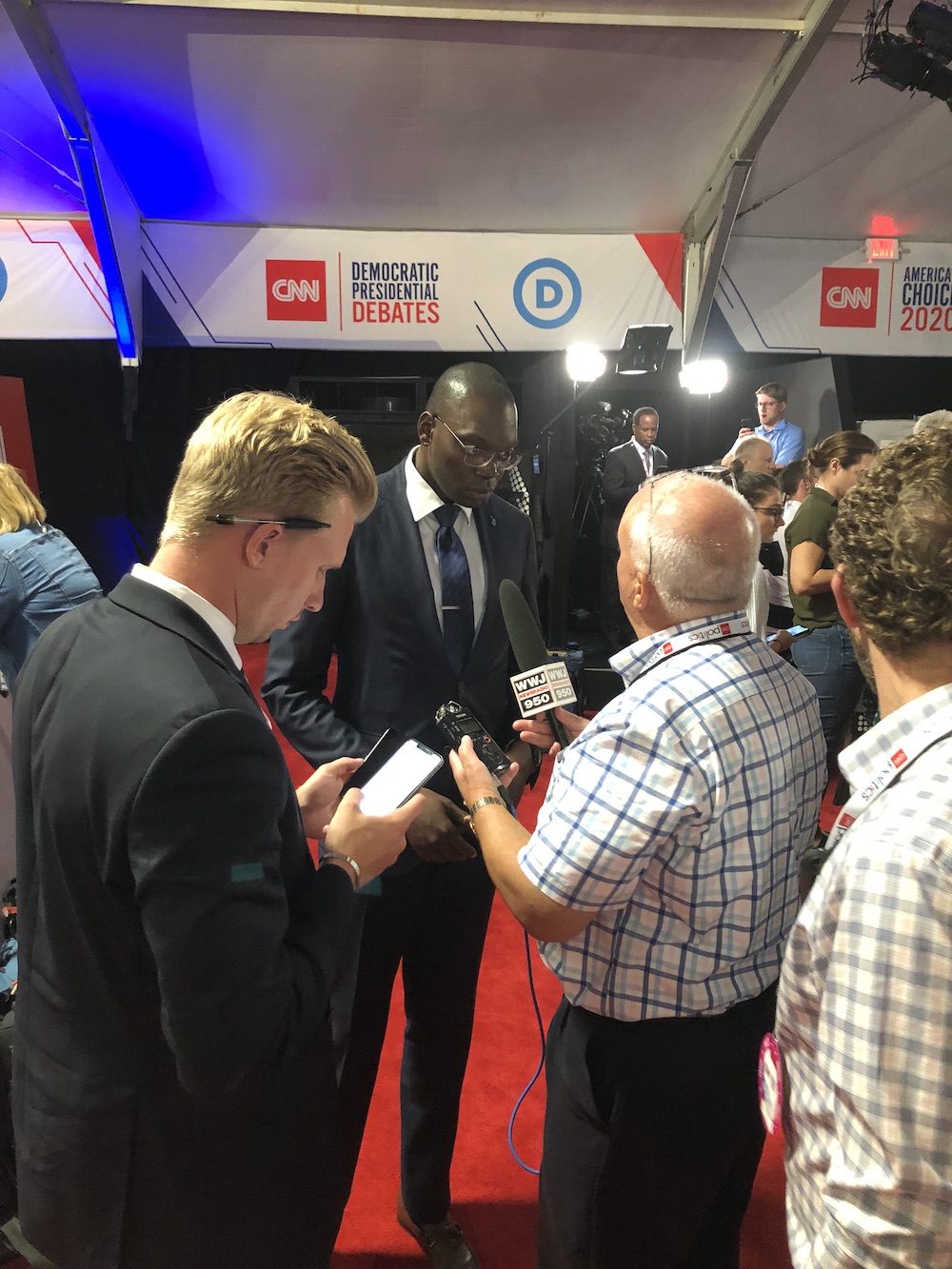 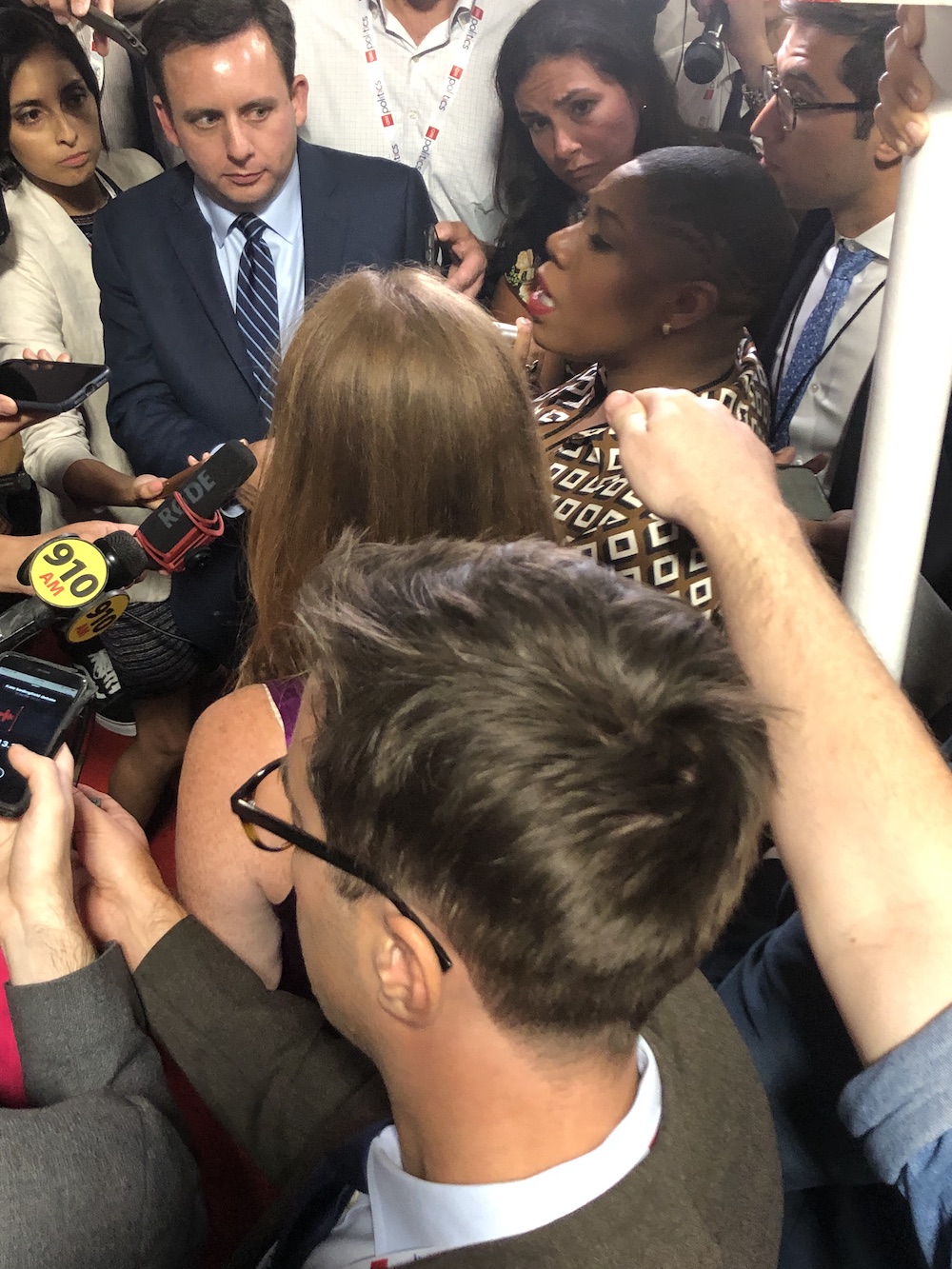 A surrogate for ex-VP Joe Biden speaks to reporters after the debate. 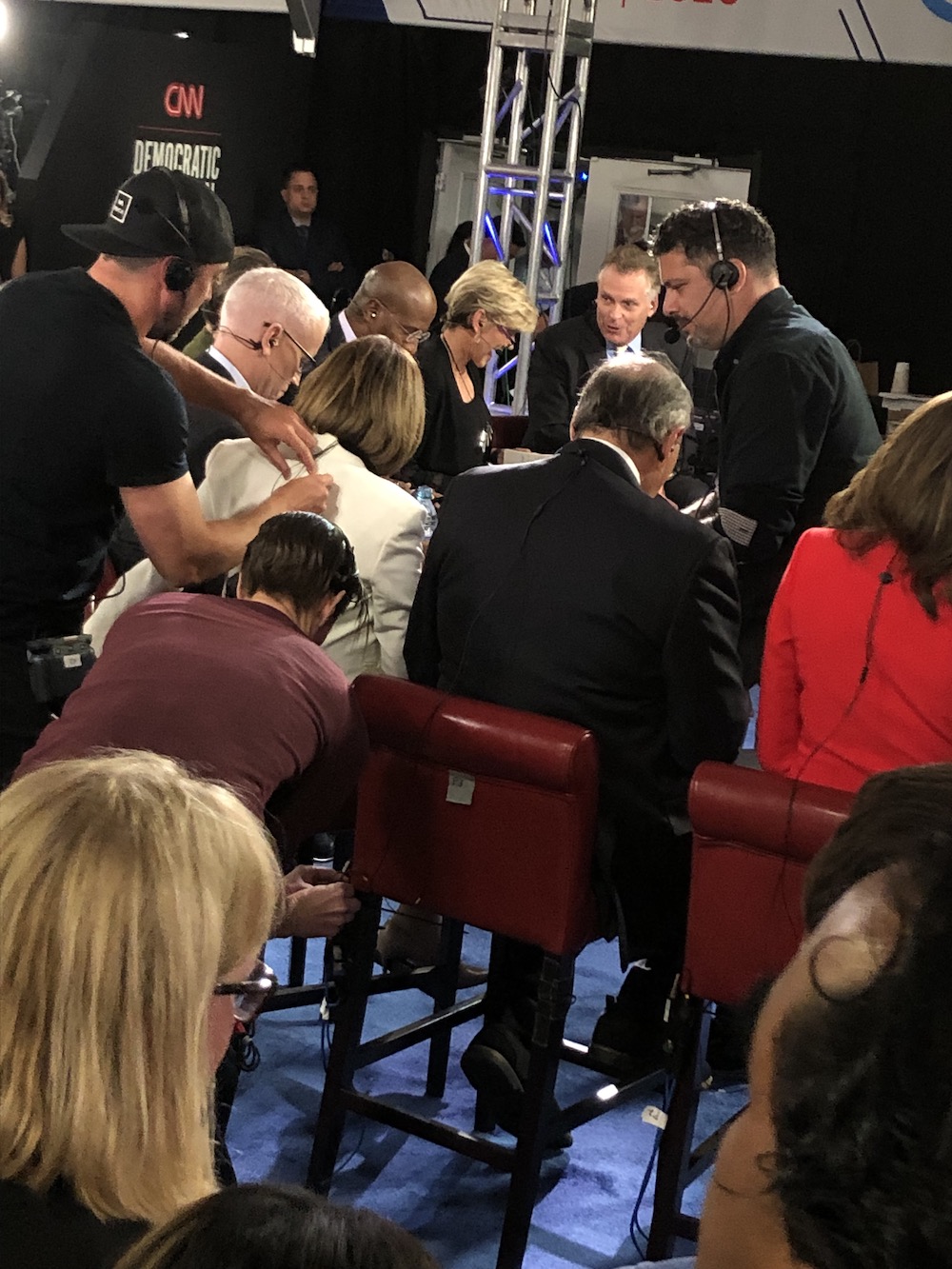