Freep Tells A Sad Tale of a Detroit Woman, 80, Who Died and Was Eaten by Her Dog and Rats 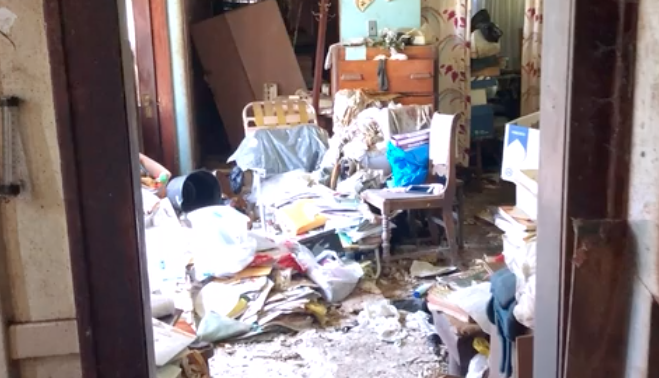 The squalor in the home. (Photo: Screen shot from Detroit Free Press video)

Sally Honeycheck, 80, lived for decades in a declining neighborhood on Joseph Campau near the Polish Yacht Club, on Detroit's east side --  a place, for all practical purposes, that might as well be a thousand miles away from the comeback in the city we so often hear about.

Late last November, her cousin Linda Kajma came to the house to look for Honeycheck, who hadn't been answering her phone. Honeycheck was a hoarder who lived in squalor.

What she found was a puffy corpse slumped over the chair had no eyes, nose or mouth — just hair on a skull, and bones sticking out from under a red sweater and plaid pants, writes Tresa Baldas of the Detroit Free Press.  She had been eaten by her dog and rats.

The story is a sad slice of life, and reporter Tresa Baldas does a vivid job telling the tale of someone who normally would have passed without much notice.

A five-minute video by Eric Seals is below. Read the full story here.