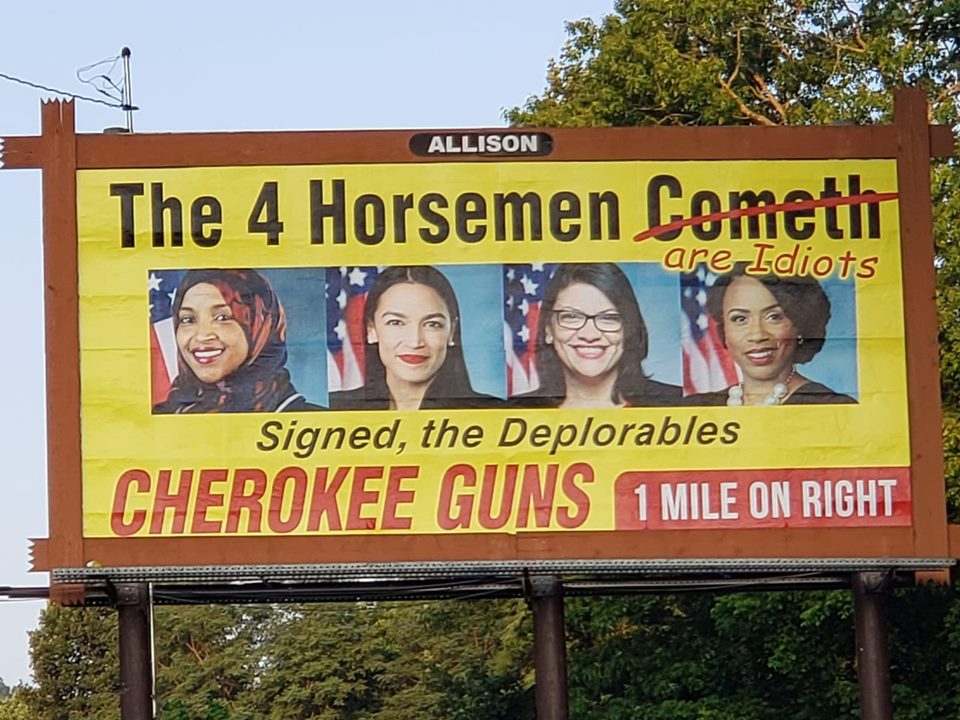 U.S. Rep. Rashida Tlaib, along with three fellow congresswomen who call themselves "the squad," are on a nasty gun shop billboard in North Carolina.

The yellow billboard reads: "The 4 Horsemen" and the word Cometh is crossed out. Beneath it is written "are Idiots"  and "signed the Deplorables."

A photo of the billboard, the work of Cherokee Guns at 1936 US Hwy 64 West, N.C., is posted on the shop's Facebook page.

The owner is so proud of the billboard that he's apparently producing bumper stickers of it. He posts on Facebook:

"Alright my fellow Infidels for Trump...due to OVERWHELMING demand...you may come by the shop (next week) and get your very own FOUR HORSEMEN COMETH STICKER...simple...eat a piece of bacon...tell us you're voting for Trump in 2020...then get your limited edition bumper sticker!! (While supplies last!) Snowflakes and Liberals are not eligible."