Emily Lawler of MLive, who spent a long day inside and outside a state Civil Rights Commission meeting, reports from Lansing on the 5-2 vote to fire the Republican appointee for inappropriate remarks about a woman.

The commission had previously voted to keep Arbulu, but reversed course at the tail end of a nearly seven-hour meeting Tuesday night, part of which took place in closed session.

The majority felt it was "impossible for him to do an effective job for the commission and for the department," Lawler quotes Chair Alma Wheeler Smith as saying.

He went on medical leave last week and has been in career jeopardy since a department employee said he commented on a parent's apperance outside a Grosse Pointe event in late July -- a misstep that became public Aug. 1.

A summary report of the incident says Arbulu "more likely than not" made comments about a blond woman outside of a middle school where he was participating in a forum, making comments such as "would you look at that woman" and "check out her ass."

The No. 2 executive at Michigan's Civil Rights Depertment moves into the top job, for now, as her boss retreats into an open-ended leave of absence. 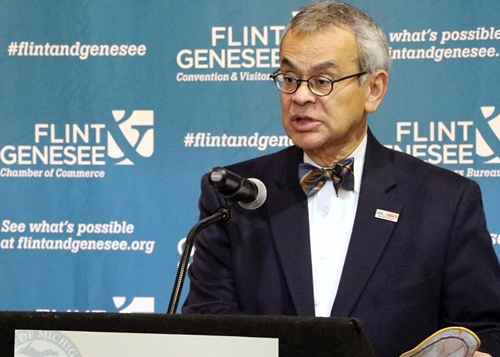 Augustin Arbulu originally was appointed as a civil rights commissioner in 2013 by past Gov. Rick Snyder.
(Photo: Facebook/Department of Civil Rights)

Director Agustin Arbulu has taken an indefinite leave after a scandal in which it was revealed that he made sexist comments to a coworker. . . .

The Michigan Civil Rights Commission (MCRC) had previously reprimanded Arbulu for his remarks and he was undergoing a training and mentorship program. . . . Arbulu faced widespread calls for his resignation after details of his sexist comments were revealed, including from Gov. Gretchen Whitmer, who banned him from meetings of her cabinet.

We wondered, as you may have, what nastiness slipped from the lips of a Michigan government department director slapped with a formal reprimand.

The answer comes a week later, and Paul Egan posts it at the Detroit Free Press:

The director of Michigan’s Civil Rights Department urged a male staffer to "check out her ass," or something along those lines, in reference to a woman he saw outside a middle school in Grosse Pointe, according to records released Friday.

When the staffer, Todd Heywood, reacted negatively, Agustin Arbulu said it was because he "did not like women." . . .

Heywood, a communications analyst, told state officials on May 30 that Arbulu made the comments to him a day earlier during an event at Pierce Middle School.

During a break between two listening sessions [about civil rights concerns], Arbulu and Heywood were standing outside the school while parents were picking up their children, Heywood told investigators.

"There was one parent, a blond woman, that Director Arbulu began to make comments about, objectifying her appearance," according to a July 16 report prepared by Joanne Bridgford, a state Equal Employment Opportunity administrator. Arbulu's comments were along the lines of "would you look at that woman?" and "check out her ass."

After the Michigan Civil Rights Commission reprimanded Arbulu, Gov. Gretchen Whitmer asked why he wasn't dismissed. (She lacks authority to do so.)

In a letter Friday afternoon, Whitmer demanded a written summary of the commission’s reasoning as well as copies of any written transcripts or recordings of the closed session where the commission decided to reprimand Arbulu. She gave them a deadline of Aug. 12.

Arbulu, leader of the agency responsible for assuring Michigan workers, students and other residents are treated equitably, got a formal reprimand for what he acknowledges were "unacceptable and regrettable" comments to a female employee recently. The commission Thursday night announced his reprimand for undisclosed comments "objectifying women." 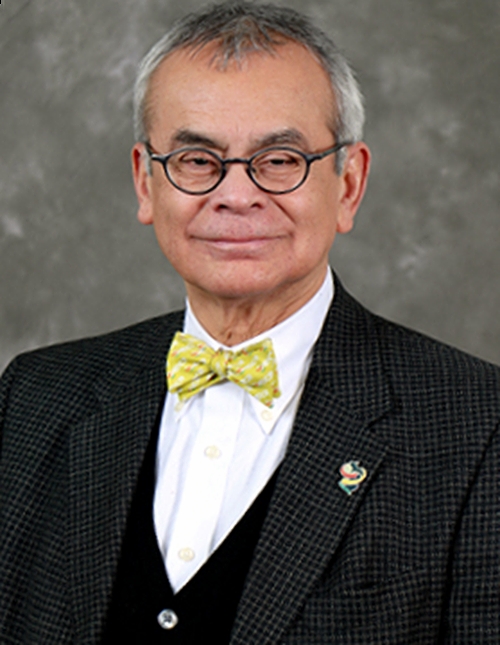 Augustin V. Arbulu: "I am deeply sorry and will not allow it to happen again."
(Photo: State of Michigan)

The 69-year-old director became the government agency's leader in November 2015 -- two years after Snyder put him on the Civil Rights Commission. Responsbilities include "education and community engagement in developing and implementing a racial equity framework internally and externally working with local units of governments in Michigan," Arbulu says on LinkedIn.

Earlier Friday, an aide to Whitmer recommended dismissal harsher discipline in a letter to Dan, Levy, director of law and policy and the civil rights department. Corina Andorfer, the governor's director of compliance, is quoted by Michigan Advanvce as writing:

"The commission’s decision to retain him in the director position but remove him from a significant portion of the department’s responsibilities while he receives training on a matter that is core to the mission of the department is difficult to comprehend."

"The commission has determined that a formal reprimand will be placed in the director’s file, that he shall submit to a training and mentorship program to be approved by the chair and completed before the end of the year, and during that training period the director shall not conduct internal or external training sessions for other public or private entities."

Wheeler, a former longtime state lawmaker from Ypsilanti, didn't reveal what out-of-bounds remarks the director made or in what context. An agency spokeswoman says Friday "that Arbulu’s comments were directed to a department staffer," Coleman adds. 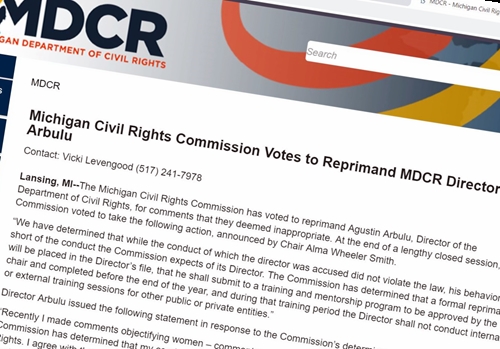 The state agency announces its director's discipline, which the governor sees as too mild.

In his own statement, included in the official release, the disciplined appointee says:

"Recently I made comments objectifying women – comments that were unacceptable and regrettable. The commission has determined that my conduct fell short of what is expected of the director of the Department of Civil Rights. I agree with their assessment, and I take full responsibility.

"I am deeply sorry and will not allow it to happen again. While I cannot change the past, I intend to use this experience as a learning opportunity, to help me become a better person and a better leader."

Arbulu is a Michigan State graduate who earned a master of business administration at Lawrence Technological University in Southfield.