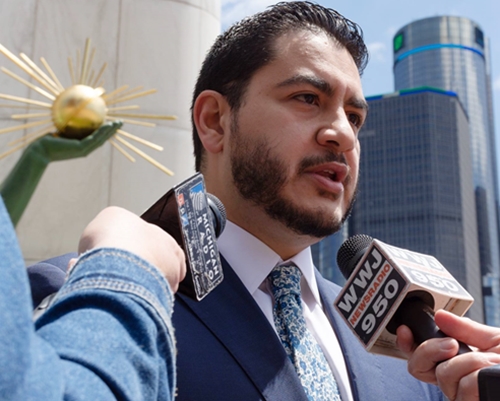 The weekend was anothger violent one in the country, with mass shootings in El Paso, Tex., and Dayton, Ohio, where collectively 29 people were murdered.

Abdul El-Sayed, a Democratic candidate for governor in 2018, sent a mass email on Sunday afternoon, addressing the ugliness that has been become far too common:

I am sick and tired of hearing about politicians’ “thoughts and prayers” as they sup at the breast of the NRA,  obstructing the obvious path to action.

That means comprehensive gun reform NOW. That means a ban on the kinds of high-capacity assault weapons that can take 9 lives in less than a minute, as in Dayton. It means restricting who can get a gun, and how fast anyone can get it.

We can no longer just wait for our politicians to act — we need to organize and vote out the NRA’s political hacks that have obstructed gun reform for far too long. We need leadership willing to end our gun violence epidemic once and for all.

That is exactly what Southpaw is gearing up to do here in Michigan. But we cannot do it alone. We need your help. We support local, state, and federal candidates who recognize gun violence as a scourge WE CAN STOP. And who vow to stop it.

The email then asked for donations under the organizaiton, Southpaw Michigan, which is a progressive advocacy group founded by El-Sayed.