Lengel: Let's Root for the Detroit Tigers to Set a Losing Record 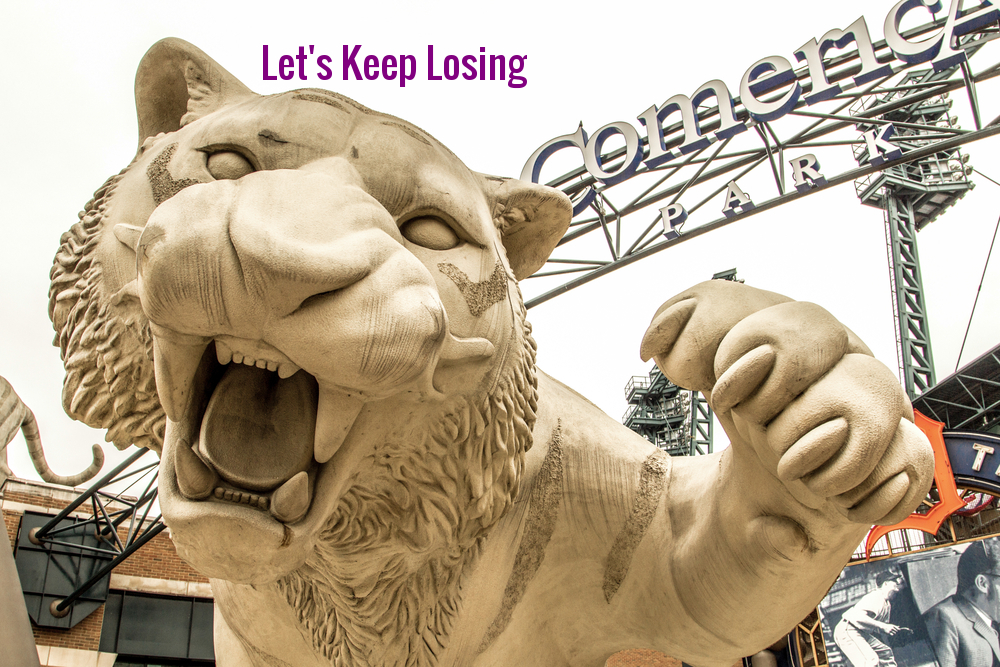 At this point in the season, there's not much to root for when it comes to the lowly Detroit Tigers. Terrible. Sloppy. Lethargic. Those are just some of words sports writers use to describe the rudderless team.

At 32-75, they have the worst record in Major League Baseball, and they're 35 games out of first place. The fans gave up long ago of the team making the playoffs. So did the Tigers. They recently traded one of their best hitters, Nicholas Castellano to the Cubs and the best reliever, Shane Greene to Atlanta. (Greene made an All-Star appearance last month).

So, at this stage, what's the best we can hope for?

The answer: Setting a record for losing. And, oh yes, getting the first draft choice for being the worst team.

The team has just won six times in its last 38 outings. And if the team keeps up its losing ways, it may beat the franchise losing record of 43-119 set in 2003.

So, let's not complain that we have nothing to root for.

A record is a record and it gives us reason to track a team we might otherwise not give two tweets about.