Flags fly at half-staff until Thursday on state buildings to honor those killed in the latest mass shootings.

Michigan "remembers the victims and stands in solidarity with residents of the Texas and Ohio," Gov. Gretchen Whitmer says Monday in a statement posted by the Michigan Advance news site. 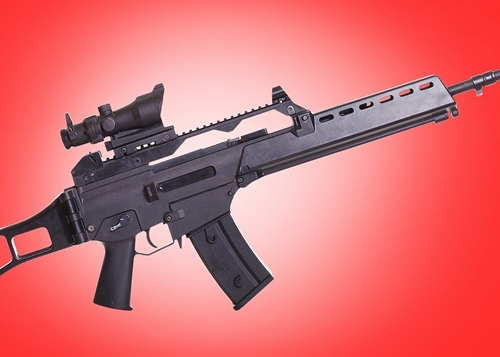 She and elected officials from both major parties urge Congress and the president to approve universal background checks and renew an assault weapons ban after at least 31 people died Saturday at an El Paso store (22 fatalities) and outside a Dayton bar (nine). That bloodshed came six days after three people were fatally shot at a food festival in Gilroy, Calif.

"Enough is enough!" tweets Sen. Debbie Stabenow, D-Mich., urging Senate Majority Leader Mitch McConnell to "make the Bipartisan Background Checks Act a top priority. This bill passed the House over 158 days ago. It is past time for the U.S. Senate to act!"

The state's other Democratic senator and five of its U.S. House members also tweet about the weekend violence, as does state Attorney General Dana Nessel.

Rep. Fred Upton, R-St. Joseph, is among the relatively few Republicans speaking out:

For those of us who have witnessed this hatred firsthand in our communities, it is way overdue to enact a common sense response.

We shake our heads in disbelief after innocent victims and precious lives are taken again and again... (1/2)

Common sense Red Flag laws – with stringent due process and probable cause – prevent those in imminent danger to themselves or others to have firearms. Law enforcement remains on the front-lines & ensuring they have another tool in their tool box would further help them.

The only other delegation Republican who comments is sixth-term Rep. Tim Walberg, a former pastor representing south-central Michigan. He draws pushback for this noncommittal tweet:

The people of El Paso, TX and Dayton, OH witnessed such unspeakable acts of evil this weekend. Our nation mourns for these communities and is praying for the families who lost a loved one.

Jessica Lynne Fealy, a 37-year-old pediatrician who lives in Dexter and practices in Ann Arbor, replies: "You can do something about this.  #CommonSenseGunLaws #MomsDemandAction" Other comments to Walberg include "Sadly hollow, sir" and "We don’t need your prayers. We need to do your job and pass actual legislation."

"We are heartsick to hear the news out of El Paso and Dayton. Gun violence is a public health crisis in our country, and we need to come together and take action to make sure firearms don't end up in the hands of someone who wants to hurt themselves or others.

"My heart is with the loved ones of the victims and the residents and first responders of Texas and Ohio."

Separately, she endorses a tweet by California Gov. Gavin Newsom urging Senate Majority Leader Mitch McConnell to "do something about it."

Senate Republicans and Majority Leader McConnell must allow a vote on this important legislation as a first step.

"I am heartbroken for the victims and affected families in El Paso and Dayton. If two mass shootings in less than 24 hours doesn't convince you that we need to do more as a country to combat gun violence, I don't know what will. This is an epidemic.

"And it's not just about the horrific incidents we see in the national news. Families are torn apart by gun violence every single day. It kills more than 36,000 Americans a year.

"There are common sense steps that we could be taking right now to curb gun violence, but Mitch McConnell and Senate Republicans have prevented us from even voting on them. We can't wait any longer. The time for action is NOW. #EnoughIsEnough"

The Senate majority leader from Kentucky also is the focus of a tweet from the Flint area's Democratic congressman:

The mass shootings in Texas and Ohio are heartbreaking and tragic.

We are not helpless. We have the ability to act & prevent more deaths. The House has acted on common sense legislation like universal background checks. But Mitch McConnell has blocked all progress in the Senate.

In Lansing, Nessel -- a Democrat -- thanks state House Speaker Lee Chatfield, R-Levering, for his public stance:

But in an era of divided government, and given the tweets of our Commander in Chief, I believe it's important to acknowledge common sense and basic decency when we see it. So, thank you, Mr. Speaker. I look forward to working with you in an effort to combat hate in our state.

Rep. Rashida Tlaib, D-Detroit, is among politicians using social media to discuss the weekend tragedies. Here's a compilation from four tweets by her since Saturday afternoon:

"Complete chaos -- another human tradegy because we rather be a gun country rather than a safe one."

"I caution those who care about this issue to jump on the claim that we need a 'new" domestic terrorism bill. We don't need new laws to tackle white supremacy as terrorism. There are 57 current statutes that can be used by the Justice Dept. today. What's missing? The will to do it."

"251 mass shootings in the United States in 216 days. Prayers aren't cutting it."

"[President Trump] incites violence every day w/ his hate agenda & racism. More people are dying b/c he fails to fight white supremacist terrorists. They are the ones who hate America."

A freshman Democratic representative from Berkley also shares his views:

The House has already passed some of these and will pass more. But that’s not enough. We need the Senate and the White House to Act!
Two things you can do:
1. Speak up now. Hello, Moscow Mitch!
2. Get every every every body out to vote 11/3/2020.